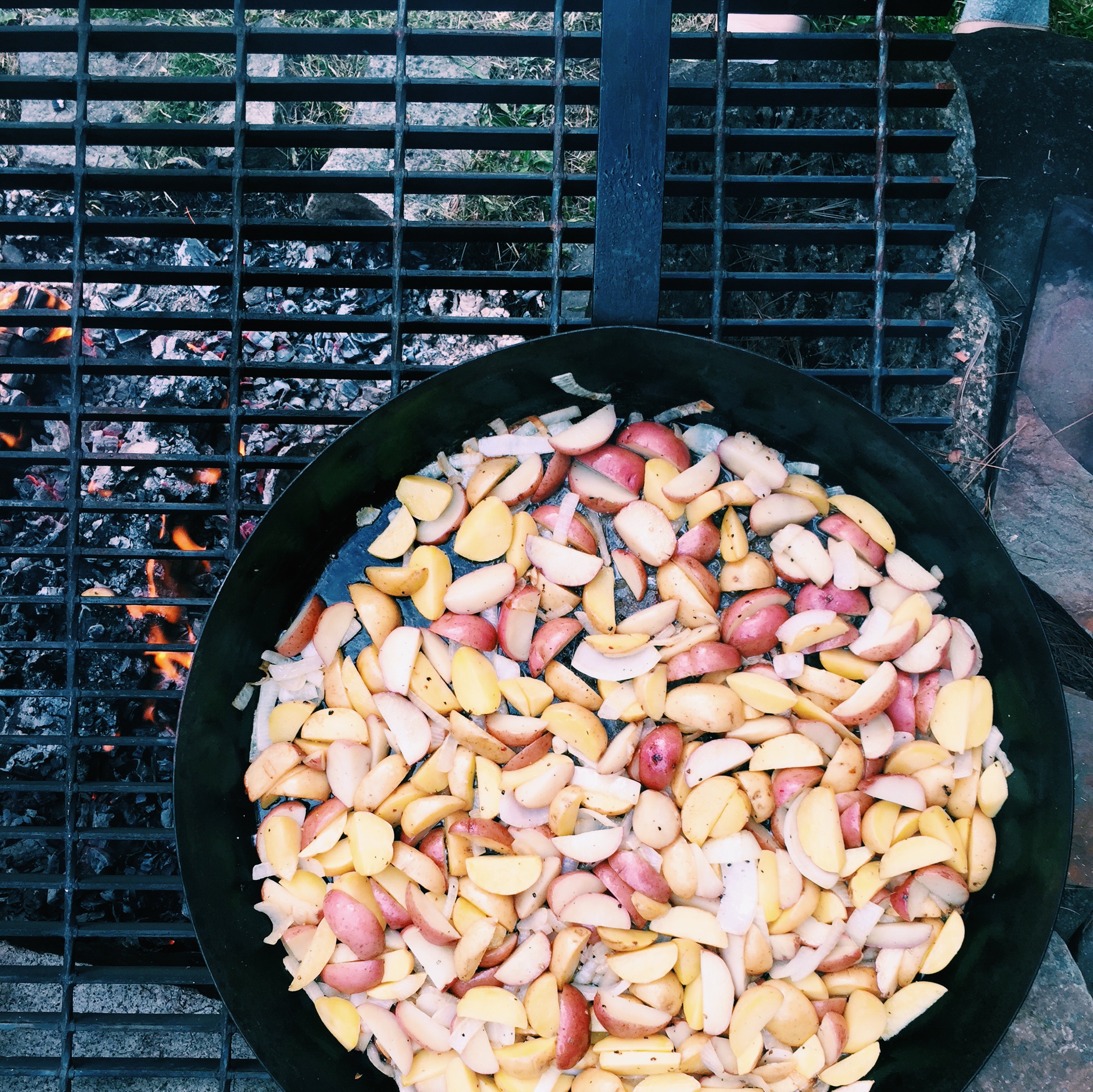 As I drove to the grocery store to buy supplies for our camping trip, I asked Instagram for inspiration. I received a flood of Favorite Camping Meals ideas in response.

One of the groundbreaking moments came among the first messages: you can buy pancake mix in a bottle to which you just add water. This has been on the shelves of my grocery store all this time and I never noticed it. (Admittedly I don’t buy pancake mix because I make them from scratch with a near-obsessive ranking of recipes. But still!)

Back in February, I found out when a nearby church did their camping trip, and then booked a spot for our family. Once the date approached I shortened our trip dates and removed our younger children from the reservation. I did the grocery shopping and borrowed a cooler from a friend to store the food. But it was Joe who loaded up the bikes, found the sleeping bags, packed the cooler and took the two older girls camping for two nights. That’s how we sort these things through these days.

In addition to packing our kettle for making pour-over coffee in the morning, Joe brought our 12″ dual-handle cast iron pan that we use for almost everything on our stove at home. I really prefer the dual-handle style, less risk of random wrist burns on a crowded stovetop.

The girls’ favorite meal were the pancakes, made from the shake n’ pour, cooked in the grease from the breakfast sausage. Vermont maple syrup, of course.

Major theme among the messages: Tinfoil dinners. Packets of chopped veggies, hamburger meat (or no meat), butter, salt. I get the sense these are very nostalgic? Lovely idea.

I tried to attribute all specific ideas. Many ideas were mentioned several times! Thank you so much to everyone for helping us!