At Alma’s two year appointment, I found myself staring into the doctor’s eyes as she reviewed the signs for me to watch for that would signal Alma’s ear infection had taken hold beyond the viral. I knew for certain she had said these words hundreds of times and yet she was carefully, intently spelling them out for me. For a moment, lulled by her soft background melody of a French/Russian accent, I considered it from Joan’s perspective, slouched on a chair along the wall. Two women talking to each other, standing close together with a toddler perched between them, one learning from the other, the other elucidating as best she could.

Often in her office, I adopt the visage of a first time mother. What is the point of pretending, I decided early on, that I was anything but too comfortable in what I knew? Using a “wait and see” method for almost everything. And getting caught unawares regularly! There was the appointment I had to be talked into for croup that had progressed to steroid levels, the poor twelve months weight gain, the enflamed ezcema, the barely noticed ear infection. I could go on.

In contrast to the constant speculative worrying that seem to sum up all baby’s doctor appointments, it was delightful to remark on Alma’s 70 percentile height and 50 percentile weight. Lovely. I felt great affection for this woman, and how we’d managed together for the past two years.

Joan, Alma and I took the elevator down to the lobby. Alma strode ahead, clearly euphoric to be leaving the risky offices of the doctor behind. We headed to the lobby cafe to buy a coffee and croissants for the girls (my first purchased coffee since I took on the frugal month challenge! Wait, it’s only been ten days.). Got to the cash register and realized I didn’t have my wallet, keys, train pass, etc. The cashier assured me I could pay next time I was there, eyeing the girls with an practiced eye that she knew we’d be back.

a few photos from our week 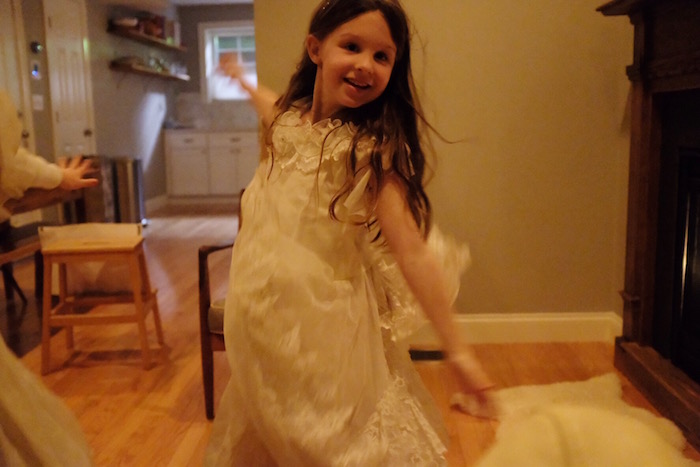 Freestyle Nutcracker before a friend’s parent arrives for pick-up. 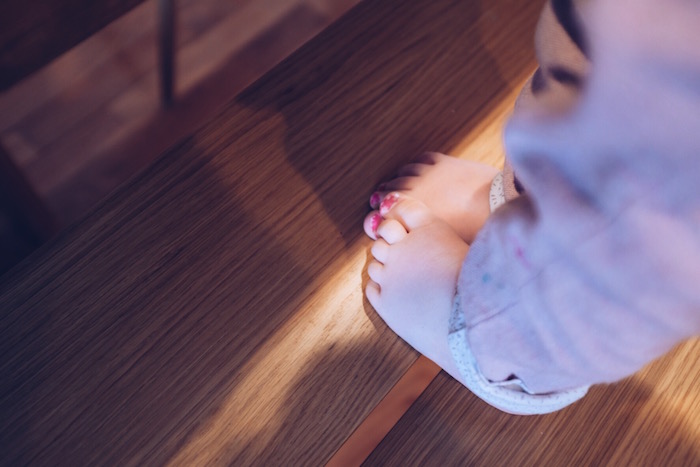 She may be sick but her sister pen-painted her toes, selective joy. 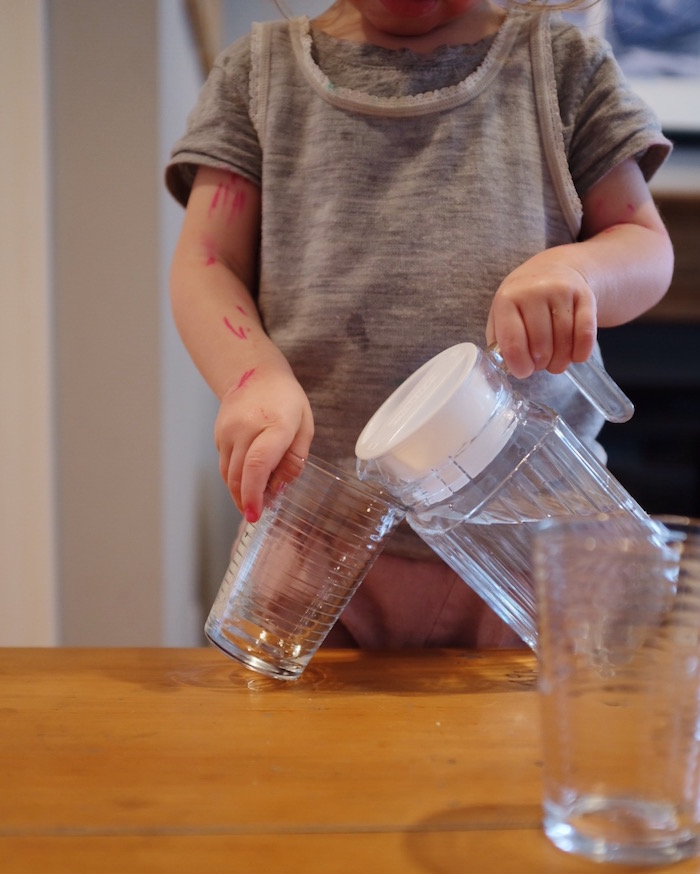