Brought Alma downstairs by the light of 7am snowfall, found my family texting about crypto currencies. Stare in space wondering what could softly pop the bubble–bend the bubble?–so people like this gal could get their product out before everyone gets too jumpy. Alma hands me a book about water in which an octopus blows bubbles, hoses down the grass, and tears up–differing definitions of water.

The girls are still in vacation mode, entertaining themselves with their new legos sets–freed of instructions and loosed into bins–tromping outside for strictly ten minute periods before asking yet again to be loosed from the strictures of zippers and velcro, making hot coco much darker than mom would have, carefully clipping stickers and sorting them according to elaborate exchange rituals. 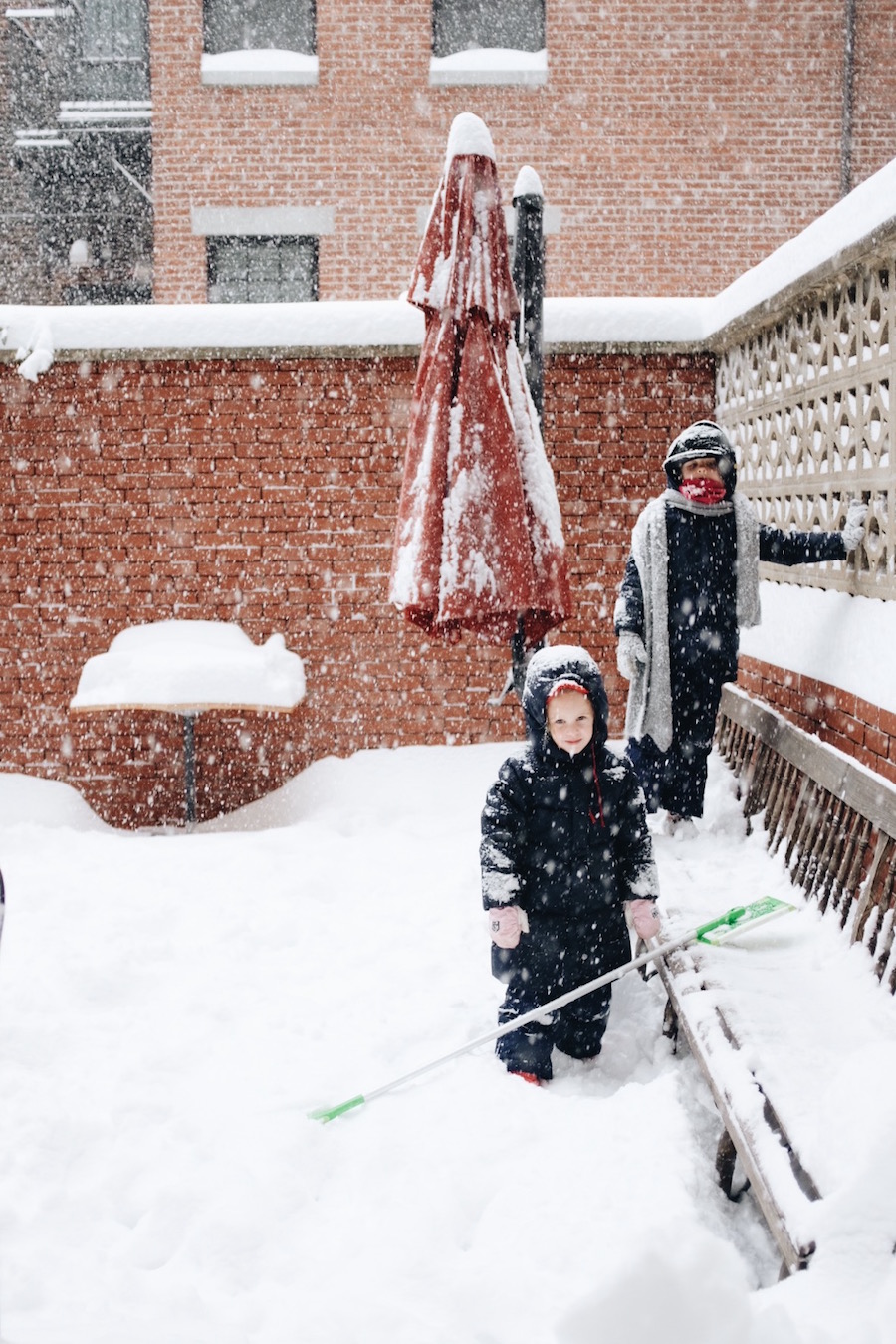 Pulled out the last rounds of venison from the freezer because I underestimated our grocery needs, per usual (I was intrigued to hear about this venison cookbook because there is more coming to a freezer near me. I found it on Hoopla via the public library, hooray).

Put a pan of blondies in the oven, went for a walk by myself, a serious snow day perk. Skirted the roaring snowplows. Admired Joe’s work clearing the snow from our block. Stopped for an espresso at a shop that had opened, though left most of the lights off. Read by the dim light a nostalgic glossing speech of a retiring city councilor and the local rates for an overnight garage.

Peered at the bookshelf until I spotted Brother Andrew’s Practicing the Presence of God, put Alma in the bath and sat in the corner reading it. January for me is one of those months when I need monk thoughts from the 1600s.