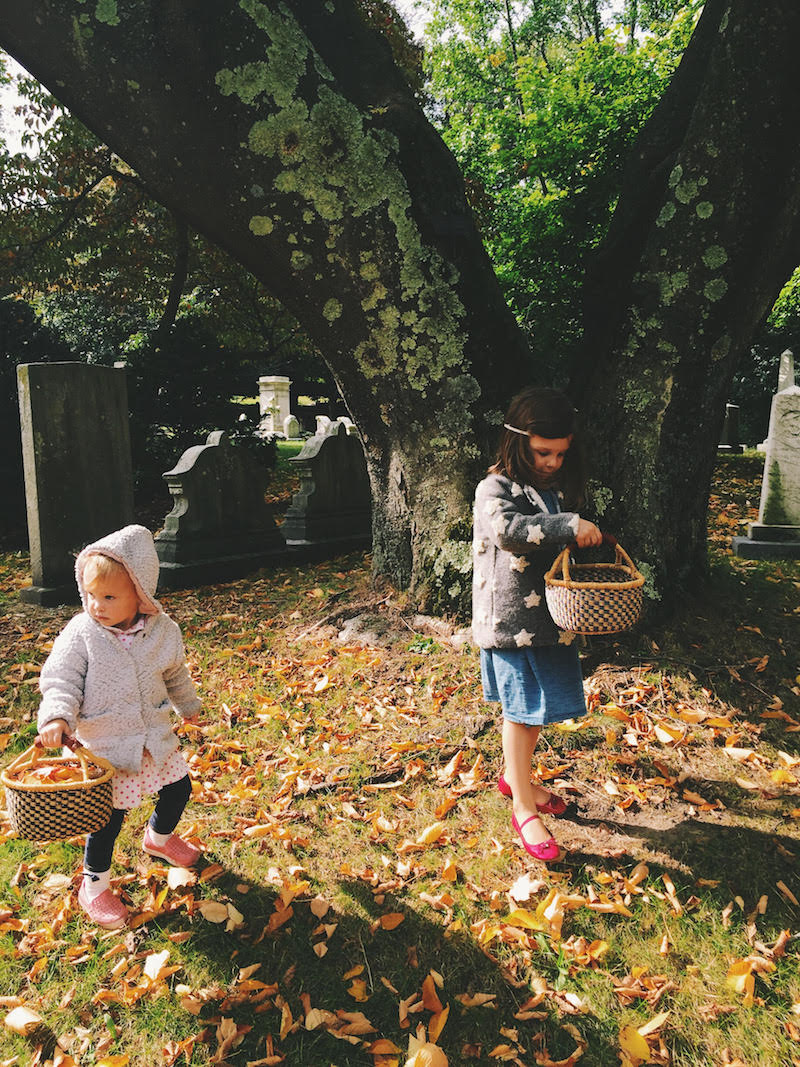 It is an oft-bemoaned thing among city mamas to be overscheduled. There are so many great things to do with your kids both in Boston, and especially this time of year, outside of Boston. As a stay at home mom, I look at a calendar with a line of empty days with trepidation. Too much alone time, is what those little blanks say to me. A friend of mine is transitioning out of her job into staying at home. She told me she wasn’t planning on doing anything with her daughters for six months. “We are definitely just going to hang out,” she said. This sounded nice to me, but the first thing that popped into my head was I’m usually tired of sitting around our apartment by 10am. Thus–activities.

If summer was a light bright picnic plate of glimmering beach afternoons and ice cream cone treats, autumn in New England is a hardy gift basket of tempting treats. The pleasant drop in temperature, paired with the hazy memory of the bitter cold that is only a couple weeks away, is very energizing.

But last week I managed to plan four things–country fair, leaf gathering, midwife appointment, Bible study–we needed to drive to, in addition to three classes for Lux, all three of which I chose to drive to. It was just silly and altogether too much. Each activity itself was delightful, but we were all three weary of car seat buckles, glancing at watches, and as we walked to the car, wondering why we weren’t sitting on the grass somewhere, watching the clouds go by. The girls are at amazing stage of entertaining themselves (maybe it’s not a stage! maybe it’s the future from here on!) and I often have to connive them to walk away from their games, get dressed, and get outside in time for our dates. 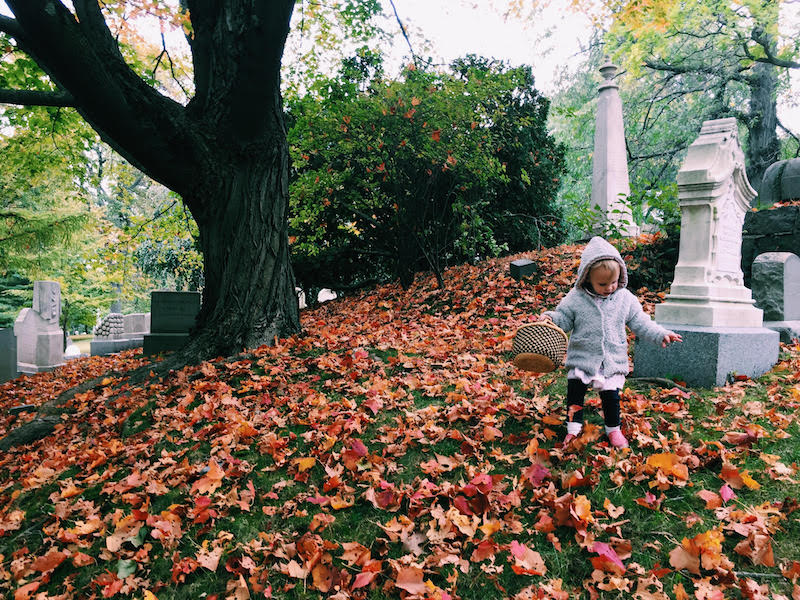 This act, the conniving wheedling c’mon let’s goo!, is making me feel slightly less anxious about the inevitable lock-down that I know is coming in January and February. Instagram accounts can work as a wonderful datebook, and I took a moment to look back through the photos after Joan was born (which feels quite firmly like it was ten years ago) and the photos from last winter’s snowy January/February/March. I don’t see those worlds colliding smoothly. The girls will be bored and house-trapped this winter, there’s no denying it.

It’s a little like farming I guess. Frantically harvest the fields, the trees, the garden. Abound in beauty and production. Then stay inside for months and shuffle around your root cellar looking for a squash dinner.