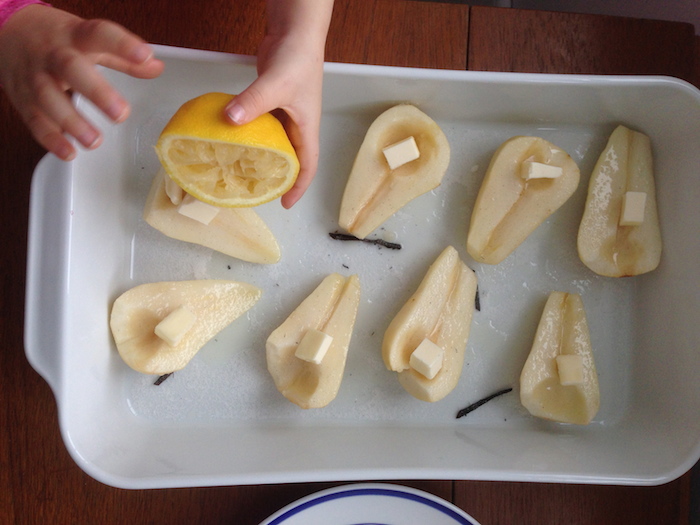 I was out to a nice dinner with a bunch of girls the other day. Several of them are lawyers, though none of them bring it up every other minute, as I would for sure, if in their position. One of the girls works in the junior courts as an advocate, meaning if a five year old expresses an interest in returning to his mother, who everyone is aware is a drug addict, her job is to represent that wish in a convincing way to the court. This was received with some shock around the table, “really, a five year old gets to decide?”

This was NO news to me because I’m already delegating half our planning to Lux, with mixed results. The polls aren’t fully in, but I think it’s crimping our style. It seems to be a citywide epidemic among her peers to not want to go outside if asked, but once you get them outside, to steadfastly announce, “I don’t want to go home.”

“What are we doing? Not going home, right?” Lux quizzes me when we switch directions mid-walk through the park. It’s nice to know her geography skills will rapidly develop under the duress of trying to determine whether we’re headed home or not. “Oh, just walking in this direction now,” I murmur. Thus it is that we end up not going to the gym because it’s been deemed “too crazy” that morning, or put off a library trip until it’s too late. “Oh Baby Joan says she wants to go outside!!” Lux declares at the last minute, when I announce it’s nap time. Sorry kiddo. 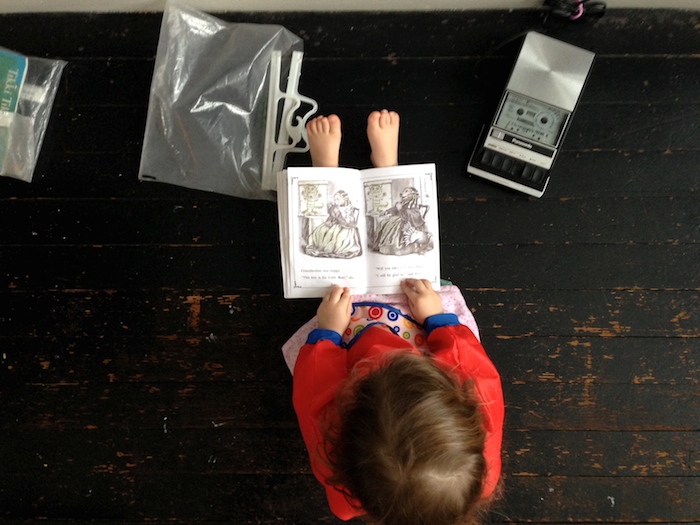 But anyway, the list of nice things we like to do instead is steadily growing: books on tape with a book to page along with, painting, cookie baking, long bubble baths, a solid forty minutes of reading out loud with Lux loyally working to keep the books from Joan’s drooly grasp as we read. During Joan’s morning nap, Lux and I have begun a habit of spending fifteen minutes on my computer typing out words, with the typeface size set to 48. The words seem to always include “Lux Lou, Daddy, Bunny” but also sometimes “chickadee” or “cucumber.” Then we print out those pages and she can color them in. 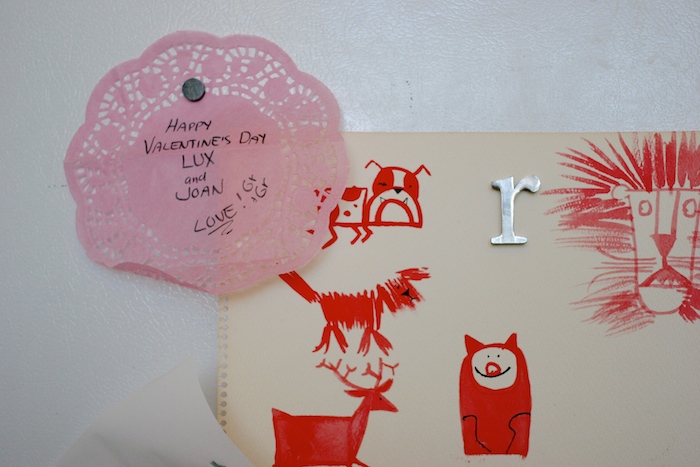 Maybe I write all this so cheerfully because I see the light at the end of the tunnel. I just looked up to see that carousel on the Common will open April 11th, which is so soon! That’s the day before the grand Easter Egg Hunt at our neighborhood playground, and two days before Palm Sunday which is heralded at our church with a march outside around the church. The fun things will be happening outside, and that’s a good good sign.