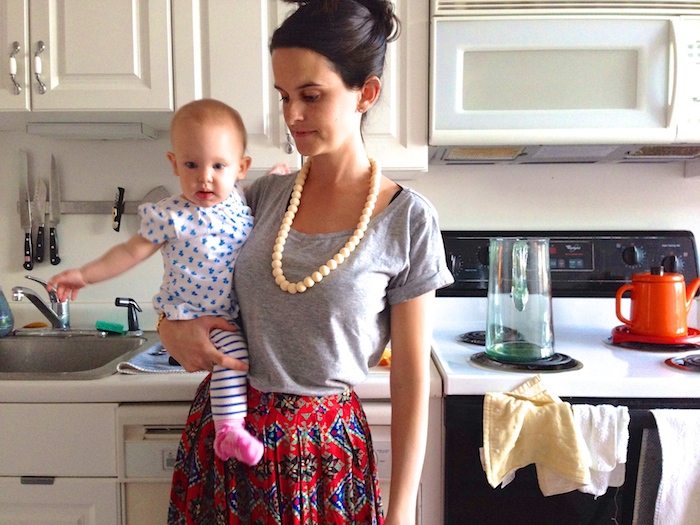 What I imagined to be the largest hurdle of two children has come to pass: they are sleeping in the same room. It was fine, fun even. Joe ramped up the thrill of sharing a room, and had Lux help him construct Joan’s crib. I briefed her that Joan would probably cry a bit and that Lux would have to ignore her, just like she does when Joan cries next to her in the car. She nodded solemnly. Honestly, I think Joan was very pleased to be in the same room as Lux, despite her five minutes of noisy protest. Joe and I congratulated ourselves and marveled at the convenience of using our closet in the evening again.

And this week we skimmed over another hurdle, though it was one I had not anticipated: taking Lux to a specialist at Boston’s Children’s Hospital. A “toe checkup” as we pitched it to Lux. Children’s feels like a hospital crossed with a fine hotel that boasts great service. Art everywhere. Brightly colored walls. Valets waiting to park cars, enormous airlock doors steadily opening and closing, a garage with clean signage in several languages. It felt like there was one staff member per patient as security, nurses, receptionists, doctors, students and interns churned past us.

Most of the parents looked like hell because that’s what you look like when you feel as if it’s you v. traffic in order to to be on time to an appointment you scheduled three months in advance. The kids looked like mini professors, standing quietly in their zipped up winter jackets, trooping down the halls as if they’d done this many many times. As Lux and I waited to check in at our front desk, a woman swept by with a handful of bright pinwheels and handed her one. This pinwheel apparition from heaven only topped off the waiting room stacked with books, building blocks, a chirping television, a bright plastic box labeled “treasure chest”, and three enormous cylinders filled with bubbly water and bobbing plastic fish. Dream world to Lux but it only meant one thing to me: people have to hang out here a lot.

The doctors and nurse kindly treated us like the over-concerned parents we turned out to be. When you fill out that check-in paperwork and are faced with all those little boxes, you are reminded of all the things you could be checking off. No, she doesn’t complain about them. No, she has no trouble walking. It was clear we were small beans compared to what they saw every day.  In fact, they pointed out that her gently curving toes, officially diagnosed “curly toes,” are usually genetic–which reminded me that I have them too, though to a lesser degree. Ah. Odd how I never thought of it that way when I was worrying over hers.

It turns out I’m terrible at estimating these things–the trouble or ease of future events with children. What’s that trick you learn to portray perspective in art? Vanishing Points? I finally get to my scary vanishing points and they turn out to just be smears of chocolate sauce on my favorite shirt. Leaving Children’s this morning we felt lucky, but also in it somehow with all the people who weren’t breezing back home with us, in this so-worried-over-something-you-love thing, for good.