Recently I’ve started feeling that I only need to get Joan to age two and then I will hand her off to Joe for her further education and edification. Joe says he’s in the “newborn disenfranchization” period with Joan. A period that we blessedly now know is short and temporary. He says that, before Lux, no one told him as a new dad that he would feel helpless and alienated from his child for a good while, that the first time he held her it wouldn’t necessarily be like a light-switch of bottomless love was flipped. 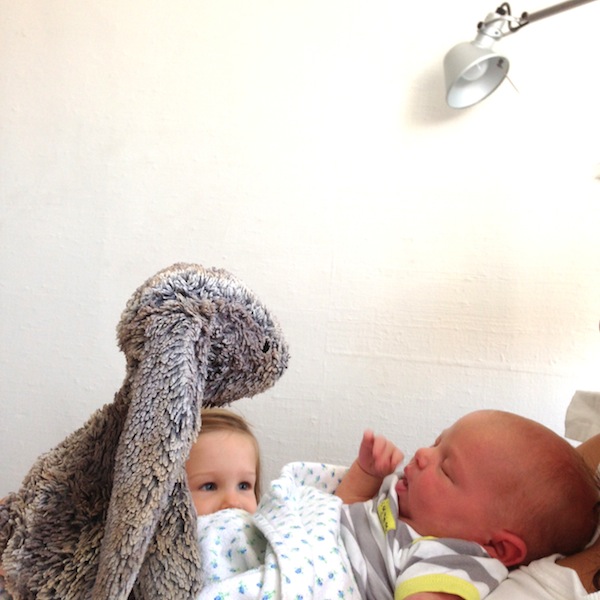 There’s a few things dads can do with young babies—get them to sleep occasionally, offer a bottle here and there—but overall for the dad who really wants to be involved, it can feel like he’s not wanted. Sometimes I exhaustedly hand Joan off to him and she just cries harder for the five minutes he’s holding her. That brief respite for me is life-saving in the moment, but there’s no moment of engagement in return for him. He’s merely an extra set of hands helping his wife.

There’s science behind the breastfeeding success rate for women who breastfeed within two hours of the baby’s birth. Scientists believe the hormones that are released in the woman’s body by breastfeeding create feelings of connection and intimacy with this newborn. Feelings that will propel her to pick her up when she cries, to carry her around for hours, to feed her every three hours for almost six weeks before the mother might get anything in return, such as a smile. There’s no doubt that it can take a little boost from nature to assure the mother of their connection. Dads don’t necessarily get that.

But now that Lux is long-since through that stage, it’s amazing to see Joe and Lux together. Despite the time he’s gone each day at work, they still get in countless games of “ghost tent” and “fly bear,” bike rides, and drawings. Before bed they talk through tucking in each of her 8 stuffed animals. He seems to read aloud at least 10 books to her every Saturday. They share their cereal bowl in the morning. He’s the only one who can get her to both try the new food on her plate and love it. If she and I find anything broken throughout the day–a ripped page, a cracked egg, a plant knocked down on the sidewalk, a creaky door–Lux declares, “Da-da fix” with a confident nod. In the last hour before he gets home from work, she walks dolefully around the apartment, looking at me like I’m some kind of CSPAN to Joe’s Disney Channel. 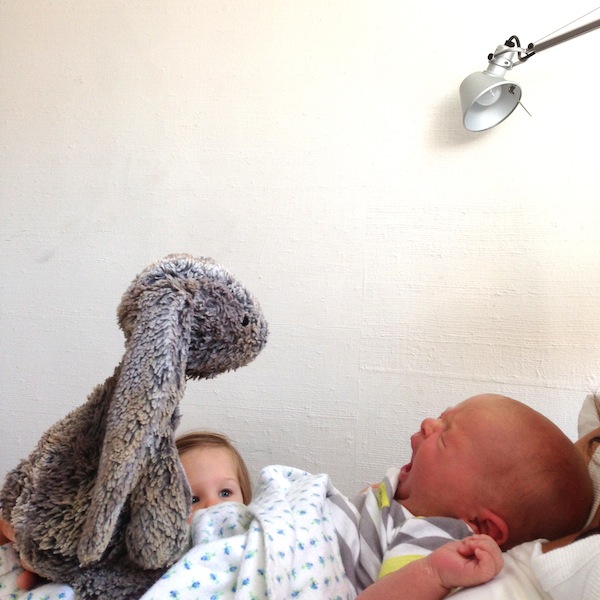 Sometimes I get annoyed that on the scale of self-sacrifice, I feel like I’m at an 8 and Joe is at a 3. Sometimes I feel like saying, you are a child compared to me. The things you’ve given up, the frustrations you encounter, they are so petty compared to what I do everyday. You thought that was frustrating? Try that times two, at three times the volume, then multiplied by three hours. The first week postpartum with Joan I remember saying you do realize I’ve sacrificed my body on an alter to our family, right? We laughed (that was the first week, of course. I felt much much better exactly seven days later. Worry not.). I think about him going to the gym a couple times a week and spending an hour in pursuit of nothing but a better physique, walking out to buy lunch in a cute cafe and eating it at a table by the window, having a meeting over drinks in the evening. I am almost aghast at the differences in our daily lives right now. Remember when we were dating? Remember when we were all matchy-matchy, and both liked spending an hour at used bookstores, and both liked buying scones on a morning walk, and both liked seeing indie movies at the theatre every week? I wonder, will he ever catch up to me? Or will it have just been me all these years, becoming infinitely more patient, or more beleagured, as the case may be?

I think I spent a whole week being simultaneously jealous of Joe and Lux’s evolving relationship—that she doesn’t need me wholly and comprehensively anymore—and wearied by the very same needs from Joan. 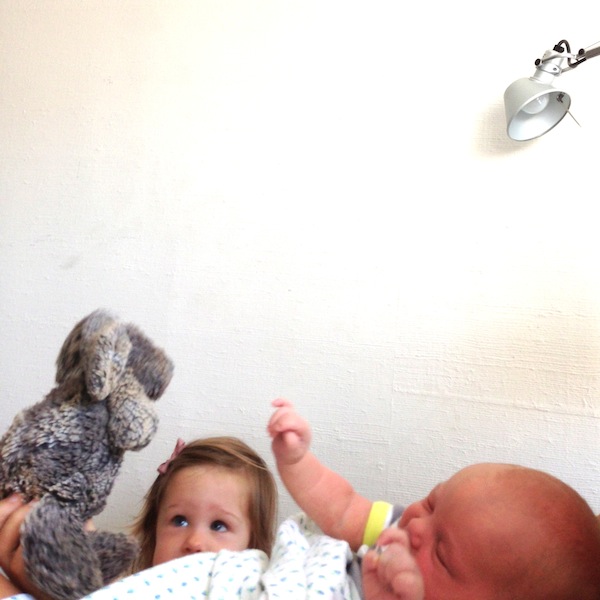 Then I think of something my friend Kellyn said to me when Lux was two months old. We went out to visit her on Nantucket and one day while I made lunch, Kellyn held Lux, showing her around the cottage.

“Lux only smiles like that when you walk into the room,” she said. “She doesn’t smile like that for anyone else.”

Oh the gravity of a compliment.

To hear a baby cry, to pick her up, to feel her relax against you in contentment. To whisper a request in your toddler’s ear and have her to do just what you asked. To have your children turn away from a stranger and search for the safety of your hand, the beat of your heart, the back of your legs.