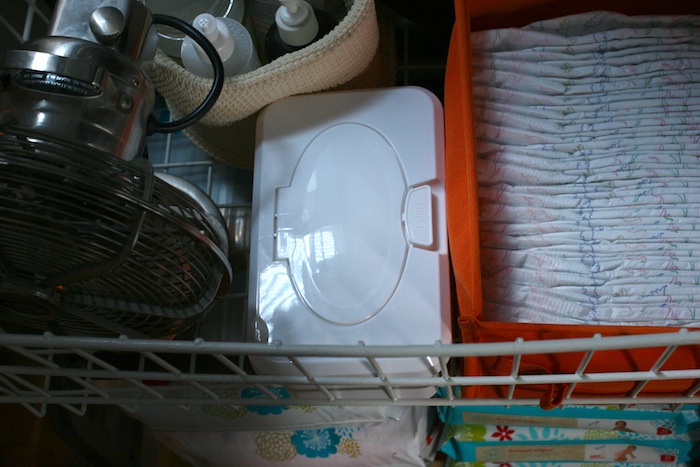 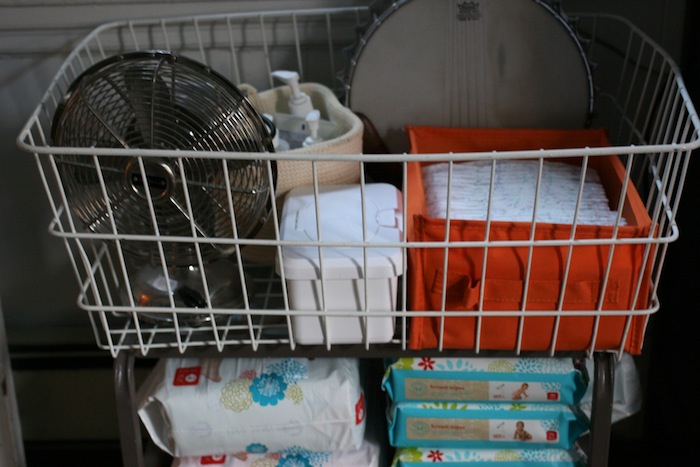 Planning for Rome has almost been usurped by a new topic: planning for a new apartment. Though we would swear up and down that living in under 500 sq ft is good for us, the prospect of just a little more space has our minds reeling. I have a list of furniture and things we’ll need that’s titled “new apartment new life.”

Now’s a good time to do a post on sharing a room with Lux this past year-n-a half. Occasionally people ask me how that’s going and I often don’t know what to say because I’m so accustomed to it. 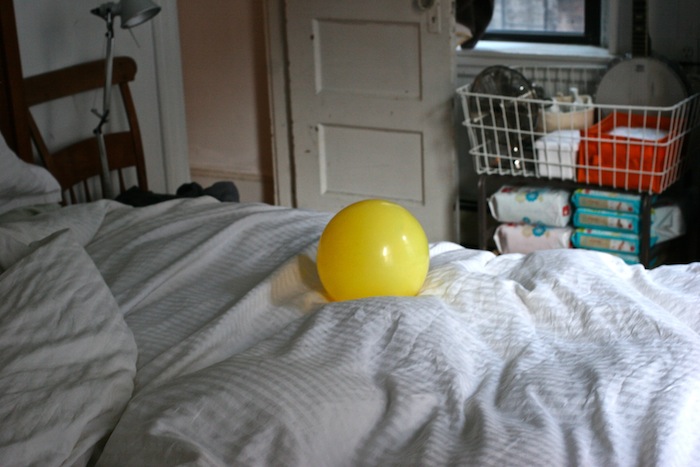 She sleeps in the top corner of the crib, closest to me. We put her water bottle there and she often wakes for a drink during the night. In the morning when she wakes she noisily reads aloud her books that were left in the crib from the night before. After that she dangles each of her stuffed animals over the edge of the crib and documents their fall to the ground with loud pronouncements. Eventually we lift her out and try to convince her to come cuddle in our bed with us, but typically she marches out of the room and then marches back in, until I ask her if she wants some oatmeal. Then she nods with glee as if I’ve announced we’re adopting a puppy.

The fact that I know all of this is one of the things I like about room sharing. I also like that she doesn’t wake up to noise in the room, both because we have a small apartment and because we just don’t bother with being very quiet when we’re getting ready for bed. Travel too, is eased because sharing a hotel room is the usual. When she’s sick, it’s just a quick hop from the bed to check on her, or soothe her back to sleep. The times we’ve gone through brief sleep “regressions” (when babies decide to wake up earlier than the typical schedule, like say, 4am) I’ve been able to both say “we’re still sleeping right now” but not abandon her to be by herself while she falls back asleep. 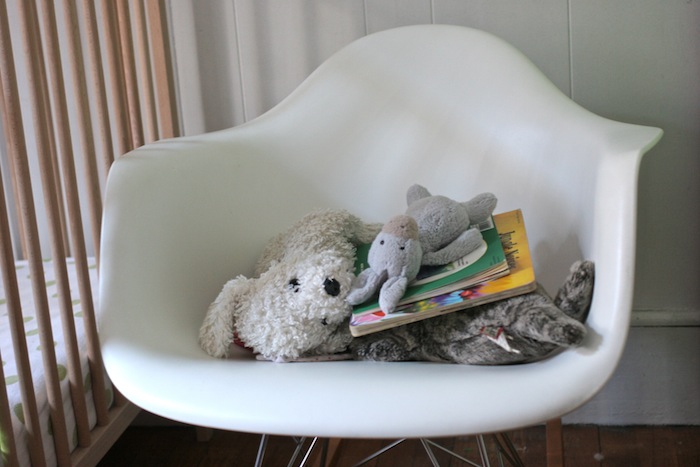 Around 12 months there was a point where she woke up early, and it felt like she was waking up because she wanted to see us. But right around that time a friend moved into a two-bedroom and confirmed that her daughter woke up early even in her own room. Roughly one month later it became old news to Lux that we were there and she woke up later, clearly with no concern about whether we were there or not. 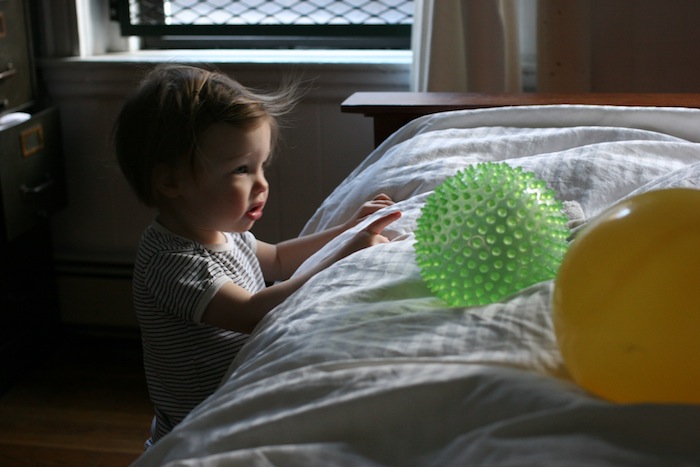 A mom once asked me how I would feel putting Lux in her own room now, and I shied away from the question. It sounded lonely. And she nodded her head, as if in confirmation to herself that this showed a negative side effect of our plan–being afraid of the eventual separation. 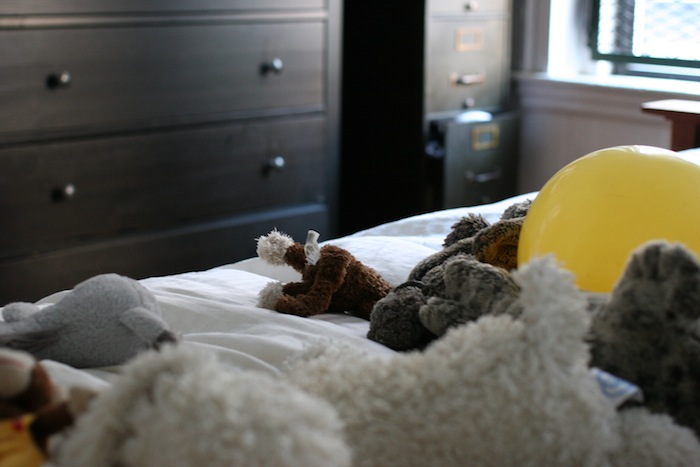 But soon she will have her own room. I look forward to turning on a bright bedside lamp and reading myself to sleep (I do this now, but by the dim light of the closet). I don’t look forward to having another room to check for distributed toys. I’ll miss saying “good morning!” from my pillow when she wakes up. I think she’ll notice that the new space is her room and will enjoy hiding away in there. And of course, she’ll sleep better than all of us once baby #2 comes along. 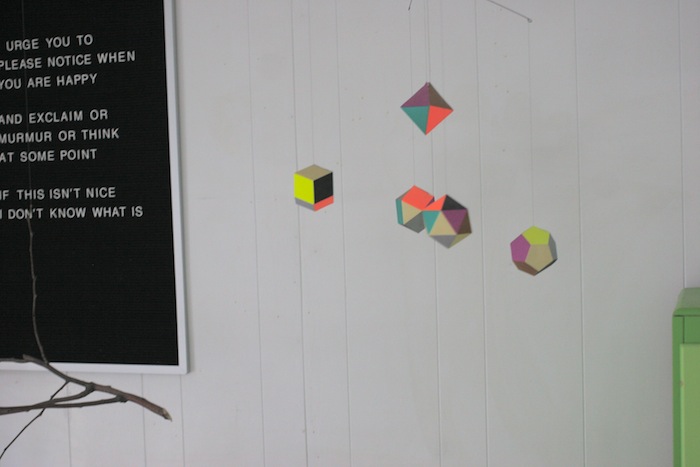 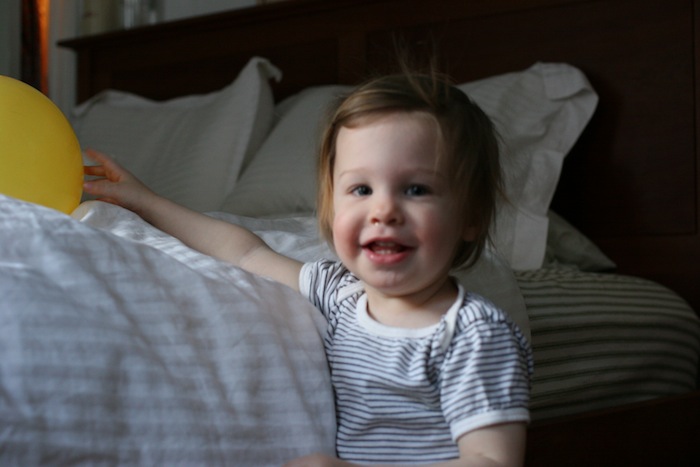 Does the idea of a one-bedroom house appeal to the minimalist in you? Or sound stifling?