Interior days. Gray skies, crisp cold grass, damp weather. Made a soup and didn’t like it. It’s time I admitted I can really only eat beets with a vinaigrette. I have a spiral bound book of soup recipes my grandmother loved, I should have started with those recipes, rather than a random one from online. The trouble is, I get distracted: merrily cobbling a soup together without examining the recipe closely because I’m always thinking about the bread that will come with the soup: flaky buttermilk biscuits, crispy olive oil croutons, cornbread with honey.

So, didn’t like the soup. Composted it. I’ve found that one of the great joys of composting is flinging food that didn’t work out on to it, the best regift. I do see the genius of soups though; why my grandmother loved it for lunch and had it almost every day. Often times you get in four to six vegetables in one go. And it’s so elegant…somehow. 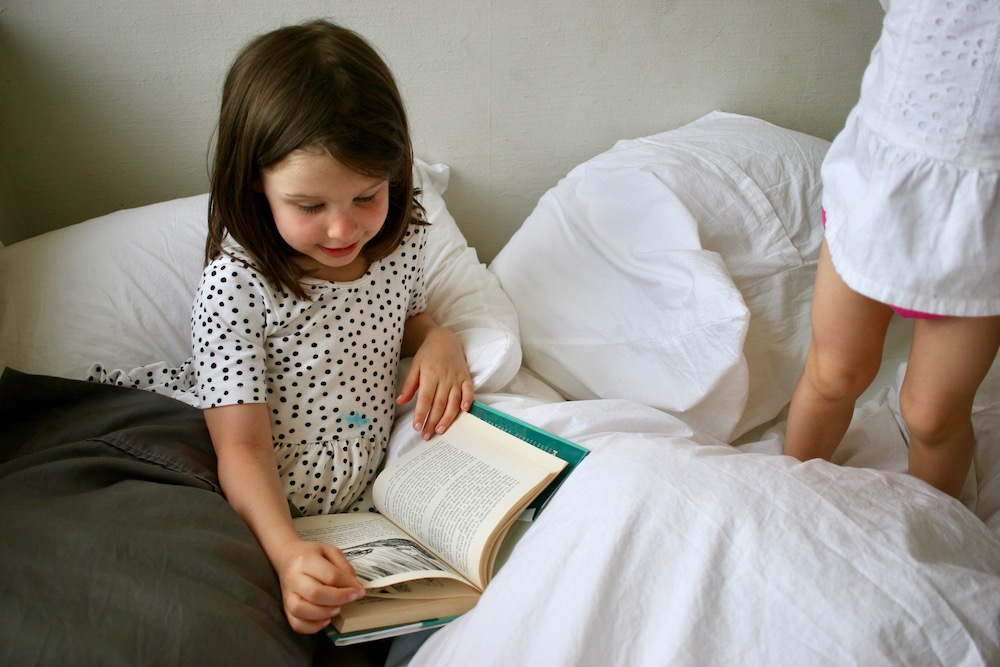 I continue to reflect on what ten years of parenting has meant, since we passed that turn around the sun this summer, in July. Where it has brought us. How we have changed. Especially: which roles have faded somewhat, and the new ones that have emerged. I’m working on a “ten thoughts for ten years,”  but concrete descriptions of the whole thing elude me. They roll away from me like yarn in this case. Having everyone in the house all the time forces the roles of each parent-child stage to be more transparent. They watch how things go with one another. My parenting of one child seems strange to the other children, as it is not age-appropriate to them. I see one needing a project, a chore, and a walk. I see another needing an hour of working together over a paper. I see one tucked away, listening to an audiobook, happy just for a snack now and then. Sometimes the girls demand that they be treated equally in all things and it’s just so awkward. It doesn’t work.

One challenge of this stage is taking on the role of severe matron. Taking it all so seriously–watching for squabbles, registering the temperature of the moods, keeping tabs on the bottomless groceries, and laundry and clutter. I find myself correcting more than laughing.

Midst-reflection (as a result of?) I’m backing up all of my photos and videos. Ten years of parenting–it is far too much for any laptop to manage blithely. I prefer laptop actions to be lithe and swift; the photos are holding us back. So I’m putting them on a hard drive, plus uploading them to the cloud (amazon, all the clouds seemed shaped as amazon these days), and seeing them sorted under a different algorithm, with ones I haven’t seen in forever popping up. I can’t believe how few photographs and videos I took of our first baby. Evidently Rachael in 2011 could go days, weeks, without bothering to take a photo. Compared to the hundreds…it’s definitely escalated. I bought my first iphone when I was pregnant in 2010; actually, I had to leave the store mid-purchase because I was about to faint and I had not figured out how to manage the pregnant metabolism, aside from wondering if the At&t guy had an orange juice in the back. I did get the phone in the end, and the photos followed. I think we’re all better photographers than we were before instagram, we don’t give ourselves enough credit. Staring at screens and thousands of photos has payed off, a bit.

Though I am now playing nursemaid to them, shepherding them gently from one maternal cloud to another, I am grateful for the photographs and especially the videos, wow. The videos of a three-year-old talking to a one-year-old. A two-year-old telling me something, only translatable by my repeating it back on video. Of dancing. Walking. Laughing. Tense facial expressions while having their face painted. Passing time in an apartment on a dingy carpet that only a few of them remember now. Some of the value comes from the “this is how it was” feeling that I want to share with the kids when we watch these together. This is how it was–we just hung out a lot, and tried to eat and sleep on time, you were a little confusing, and I was never sure what you wanted.

In the super sweet and startling memoir Everything Sad is Untrue, Daniel Nayeri declares, “The patchwork story is the shame of the refugee.” He misses all the things his mom couldn’t bring with them when they fled Iran. He misses the end of a childhood reminisce, and the middle of a story his grandfather would tell. He misses the photos and the old bedsheets. He writes so clearly of this missing-heartache into his book, you can’t help but clutch your trove of complete memories with gratitude, to say nothing of fancy photo books or bobbling framed smiles.