We went out today and walked across the snow that is still frozen thickly enough to hold you up. Down by the road a stream is frozen on top but fresh melted water gurgles below, bubbles of it looking like puff creatures from a Miyazaki film, slipping underneath the crunchy raft of ice. The girls stomped on the ice layers and brown water emerged mixed with glittering silt that looked exactly like gold dust. Must have been gold dust.

The snow is everywhere so the 100 daffodils Joe planted last fall haven’t even had a chance to feel their soil be sun-kissed yet. No signs of spring flowers at all on our hill. But dinner is later, and the sun feels bright at 5pm, which means a lot. Avocado is our one loyal delicious green in the kitchen, Samin’s avocado slatrix from Salt, Fat, Acid, Heat refreshing my memory of uses.

The sap has not been dripping into the buckets tapped onto trees by Joe and the girls (primarily Joan this year) because the temperatures have settled primly below freezing on most days. I called down to the town office to ask about a few things and quizzed the clerk as to whether others were getting much sap. Whether to reassure me or because it was true, she told me she hadn’t heard it was flowing well yet for anyone. 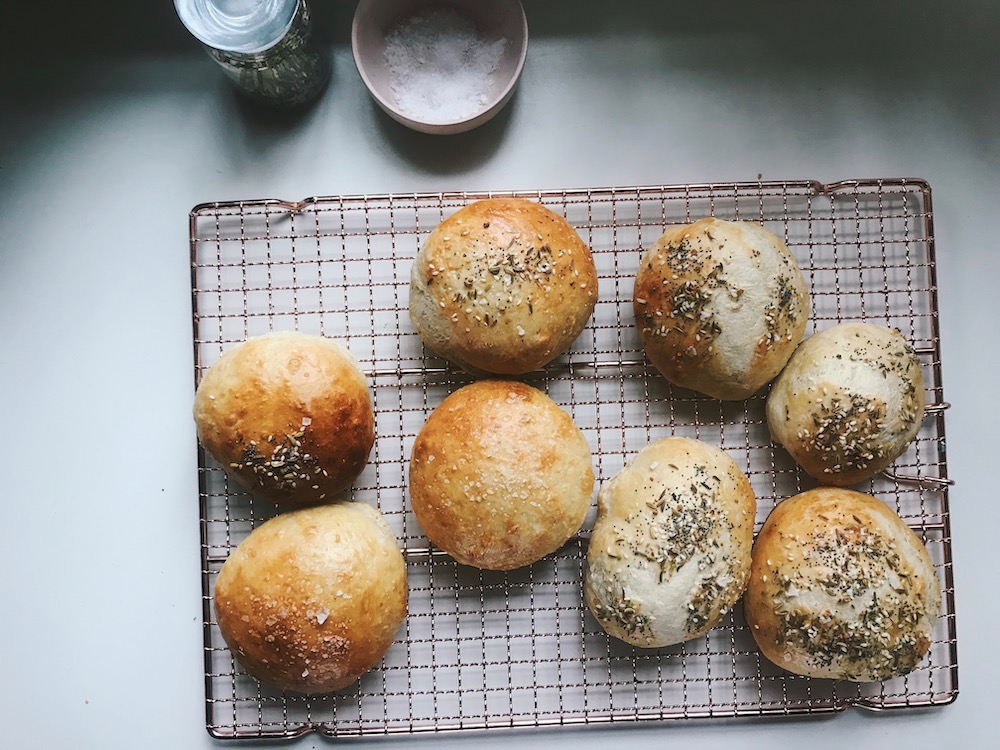 One of my favorite spring things to think about is this passage from Edna Lewis:

I remember when I was very little, our neighbor Mrs. Towles came over one bright afternoon and invited me for tea as she often did. As I walked along the path behind her, we came upon a nest of colored candy Easter eggs. I had never seen anything so beautiful in all my five years of life.

The unexpected gift of color, a thoughtful neighbor, a tradition and ritual–so much delight in one passage.

Few people are better on spring than Edna Lewis’s chapters from her A Taste of Country Cooking. She writes about the whole year of meals at Freetown, the community founded by emancipated slaves in Virginia where she was raised. Her writing is precise, firm, and rich with details. The community she describes sounds like heaven.

Just as an example, about coffee she writes…

Coffee also separated people by age. As I said, we children weren’t allowed to drink it and aged aunts, uncles, and grandparents never drank coffee from a cup. That was a waste of time. Every aged person in Freetown drank their coffee from a bowl.

And this passage on breakfast and dandelion wine…

Breakfast was about the best part of the day. There was an almost mysterious feeling about passing through the night and awakening to a new day. Everyone greeted each other in the morning with gladness and a real sense of gratefulness to see the new day. If it was a particularly beautiful morning it was expressed in the grace. Spring would bring our first and just about only fish—shad. It would always be served for breakfast, soaked in salt water for an hour or so, rolled in seasoned cornmeal, and fried carefully in home-rendered lard with a slice of smoked shoulder for added flavor. There were crispy fried white potatoes, fried onions, batter bread, any food left over from supper, blackberry jelly, delicious hot coffee, and cocoa for the children. And perhaps if a neighbor dropped in, dandelion wine was added.

Edna Lewis had her niece, who was 12 and had taken a typing class, type up the manuscript for her! All those beautiful sentences, brought into print to begin by a twelve-year-old niece. I loved learning this fact because I’ve had typewriters on my mind lately. The girls recently inherited one from Joe’s grandfather. We haven’t even managed correct typing for the 9 yr old yet, to say nothing of the 7 yr old. They are just pecking at the keys like birds so far.

But I’m mentally collecting a list of writers who began on typewriters as kids. Ann Patchett is now on the list, thanks to her mention of it in this warm essay about cleaning and giving things away.

* photo of hamburger buns from the Bread, Toast, Crumb cookbook. She has not posted the recipe online, so I can’t share it.