For the last two weeks I’ve been wrestling with a failure. Not such a big thing, just a thing that wasn’t going well and I was privately humiliated over how it was going. More: my involvement with it was as a volunteer, so it didn’t matter either way how it was going, which further frustrated me because why was I bothering with something I was only doing to be helpful, and evidently not doing all that well!

Puzzling over this and the frustration dead-end it represented, I came upon the most recent On Being episode. It’s an interview with a psychologist about what the last year has done to our psyches (battered em, you may mutter to yourself.) Hostility is mentioned. Lack of empathy is mentioned.

Toward the end she makes some suggestions about how to essentially make ourselves feel better and settle down. She admits the suggestions sound way too simple. But that’s the point: reach gently and slowly toward the shivering little rabbit in fight-or-flight, resting just below our active conscience. Connecting with yourself: placing your hand on your heart. Placing both feet on the floor, grounding them. Imagining biting into a lemon slice, savoring. And: curiosity.

This one caught my attention. I realized I could look at my problem with curiosity. Ask, instead of with resentment tinged with failure, ask with curiosity why wasn’t it going well?  What about it could be changed? Was it actually sort of interesting that it wasn’t working?

Instantly the whole scene lighted up for me. The puzzle felt almost playful, something to be solved. And it went better. More, I stopped worrying about it.

So, I recommend that episode, with Christine Runyan, to you. Perhaps you too will find in it a method to smooth whatever’s bothering you at the moment. 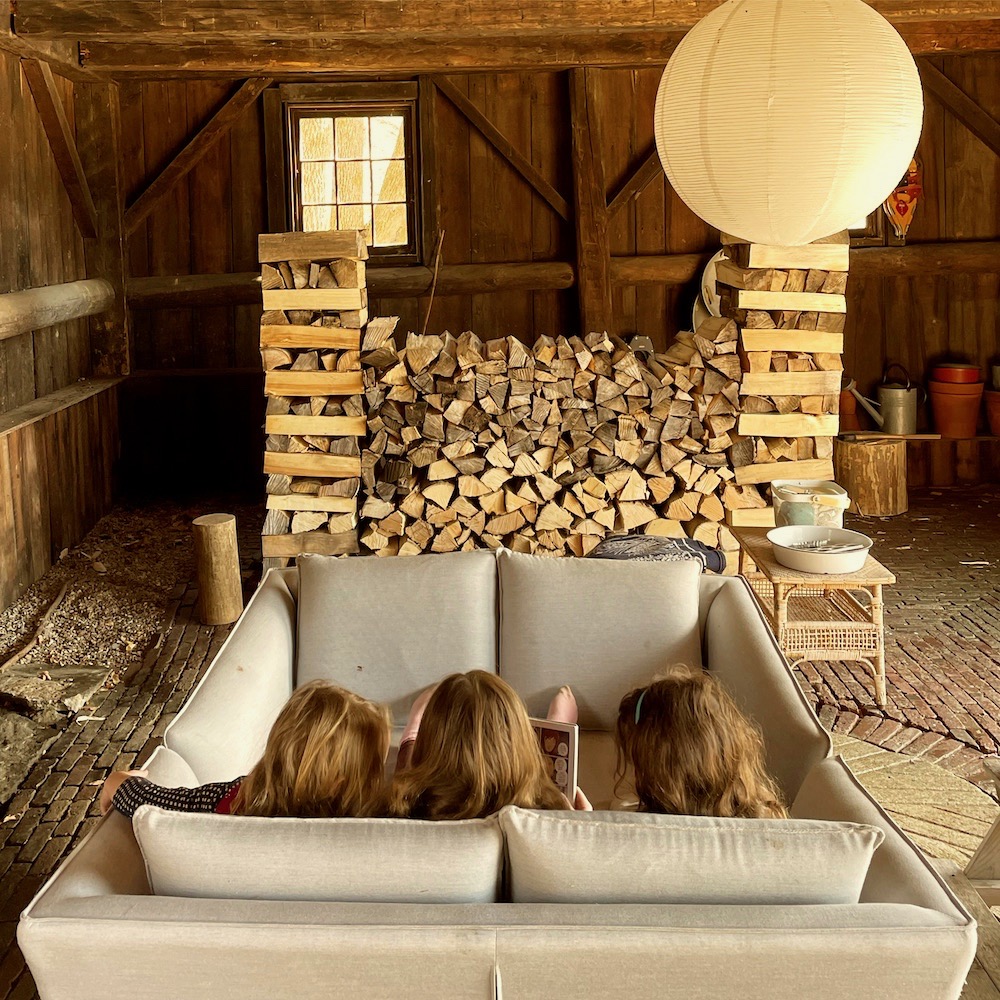 It’s raining here, most of the snow is gone except the really gravelly grey bits; they are small mounds of the saddest icebergs. Lawn icebergs. I made French onion soup, which the kids complained tasted of onions and wine, and I agreed. But I also made broccoli and sausage pasta from Salt, Fat, Acid, Heat which was startlingly simple and delicious, and pleased everyone. Joe gathered enough sap from the trees to boil one enormous pot of sap into the darkest syrup we’ve ever made (see Instagram for details). I planted six tomato seeds inside, Joe planted the acorns that he gathered last fall. On the warm days we did an hour, maybe two, of school, then rushed outside. Time seemed to fly by until it was past dinner when I looked up again.

I avoided putting the youngest down for a nap several days, not wanting to face the disruption and initial tears (that do always subside into snores within minutes), and deeply regretted it by 5pm when she was often clinging to me, half asleep or actually fully asleep. After these sad half naps I pulled what I consider a veteran-mom move of covertly giving her two pieces of Hershey chocolate to hurdle over the awful late-nap-blues. She was back to the races shortly, and the older sisters didn’t guess her secret. Rite of passage when one is debating whether the two yr old is dropping their nap and learn: no, they are not dropping it.

This morning, most of the kids were chatting up in their room far past breakfast time, so I watched a documentary about the Dutch gardener Piet Oudolf. He is a landscape gardener who crafts stunning wild-form field plantings. You watch him wandering through nature, appreciating, mixed with watching him draw sheets of landscapes with lovely, different colored, pens. You have to pay $15 to rent it for just one showing, $5 for extra footage on specific topics if you like, but I think it’s worth it.