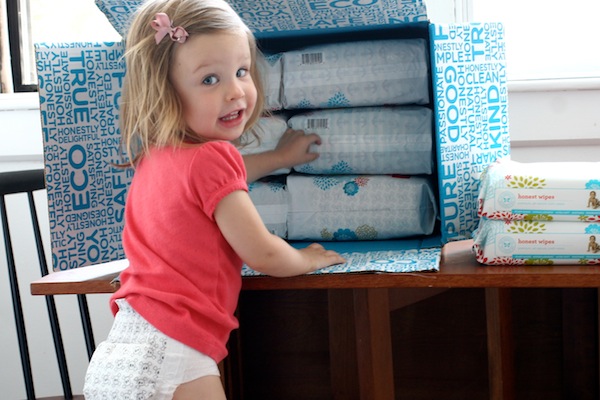 By my calculation we spend about $80 every two months on diapers for each girl. Quite a bit of money. So I think it makes sense that early on in diaper purchasing I became a bit neurotic about where I was buying them from. I’m not sure if it helped or hurt that each diaper supplier helps you break it down by giving you the per-diaper cost. For the first year, I used Amazon’s “gift” of prime membership to all new moms and bought from them. Then I started buying them from Whole Foods because Amazon started charging for shipping, and I liked the Whole Foods ones better anyway. They were $.30 each.

Briefly I attempted diapers.com but I got really sick of their whole email-discount-code song and dance. They force you to keep up with their emails and hunt through them for coupons. And then some months, the coupons just mysteriously disappear and you pay 20% more than you did last time. No thank you, crappy business practices. (incidentally diapers.com is owned by Amazon, which just feels like another mind game.)

I looked at Honest Diapers at the time but found them quite expensive. I don’t know if I wasn’t doing the math right or if they dropped their prices, but I’ve since revisited them and now they seem like the best deal in town. 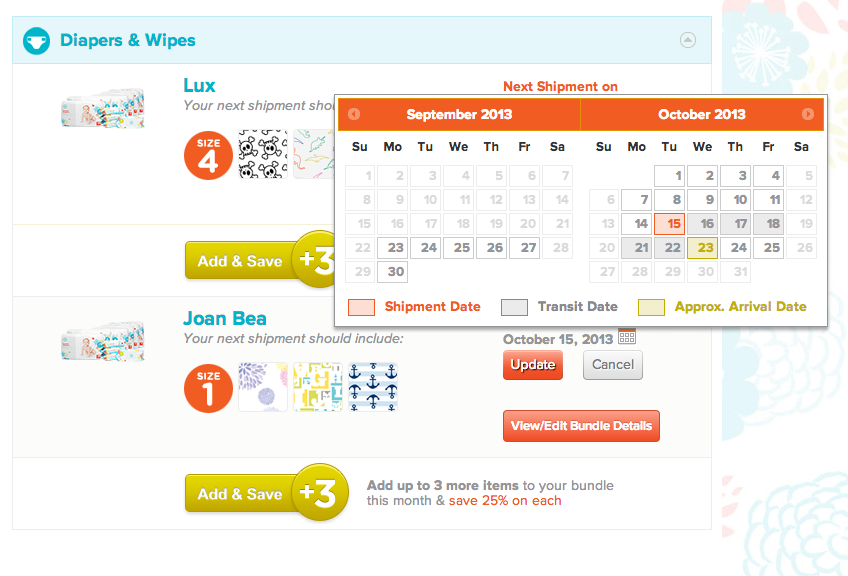 I like how nicely their website is designed and how easy it is to work with their interface. I like that when I call them to change or last-minute-delay an order I get a happy American on the other end of the line. I like that they send me two warning emails before they ship. I like the fun graphics on the diapers that gives Lux a distracting conversation topic when I’m changing her diaper. I like that they try to make their diapers as low-an-impact on the environment as possible (though at this point, several brands do that, so it’s not a distinguishing factor). I like that all of their employees appear to enjoy working there, unlike Amazon. And they are a certified B corporation which looks at how a company treats their employees, health care options, workspace design, environmental impact, etc. (incidentally if I care about things like ‘certified B corporation status,’ I should stop nickel and diming everything right there, probably.)

Lux’s size 4 works out to $.43 each. But they include four packages of wipes with each order, which you can value at a minimum of $10. So then it’s $.37 per diaper. Whole Foods for her current size is $.35 each, but then I have to get them home from the store myself. Seventh Generation via diapers.com is $.36. is this getting neurotic enough yet?

What is my point here? That basically all diapers cost the same amount and if I’ve found a company that has at least two or three practices that distinguish themselves, it’s worth sticking with them.

What do you think? Have you obsessively broken down these pros and cons too? Who’s your favorite vendor? Am I missing anything obvious? This is not a sponsored post at all, but I have linked to Honest Diapers with my account’s code, so I would get an initial credit if you signed up from this post, just fyi.

And for you cloth-diapering mommas: I’m with you! We just operate from a laundromat right now, so it doesn’t work. But someday! 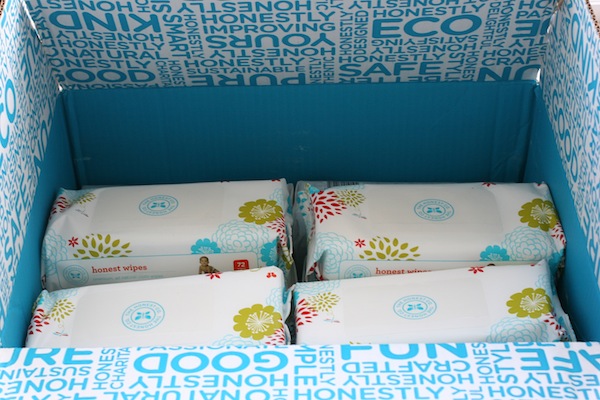 Hi! I live in Vermont with my husband Joe and our four daughters: 8, 6, 4, and one-year-old crawler.