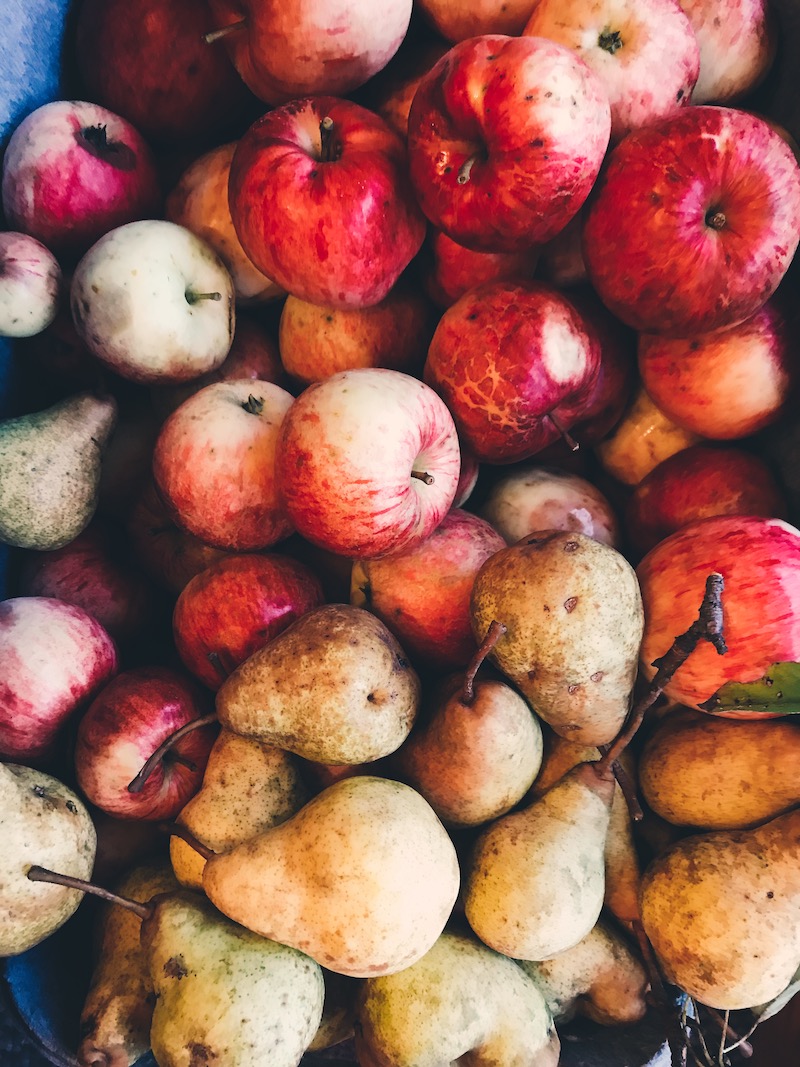 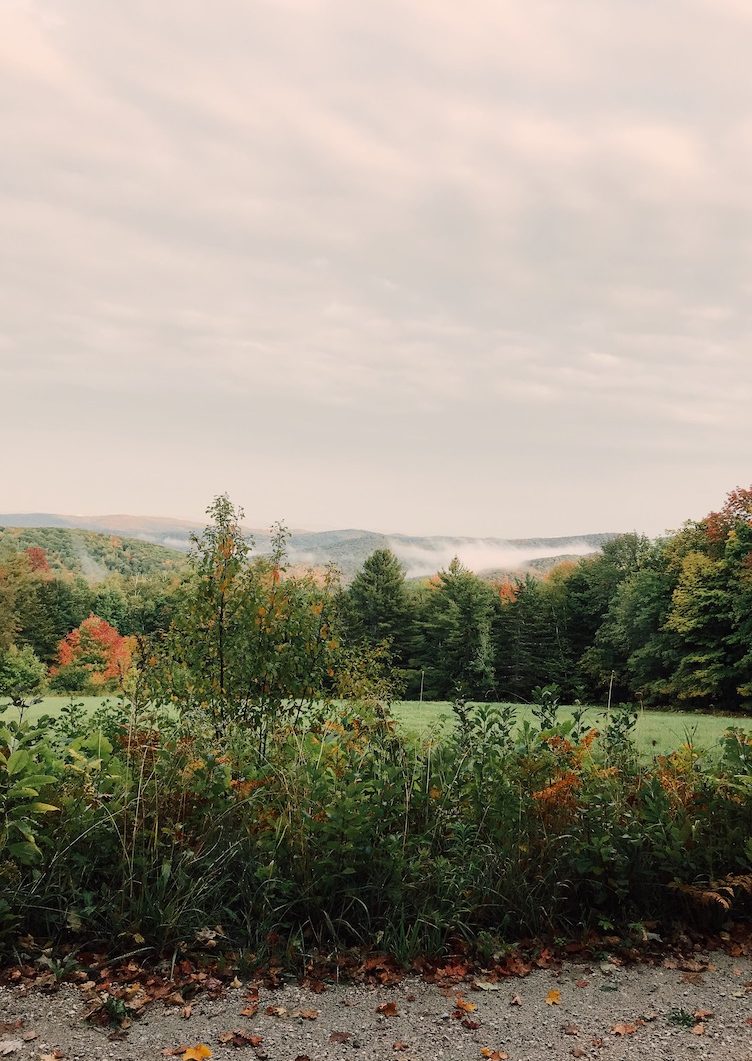 September was a cartload of treasures pulled by steady mule over the hill of suddenly bone chilling nights–the flannels did not make it onto the beds until the end of the month, replacing terribly smelly summer sheets–and creaked slowly to rest in the sunny afternoons.

The yard became strewn with crimson leaves. A sewing machine was finally settled on a desk cut to size, threaded with red thread and ready for projects. Maple soft-serve at the state fair, and the last bouquets of a flower subscription. Properly sized boots and warm tights were ordered and arrived in boxes. Woe to the generation (’tis mine) that killed off the storefront shoe shop where one could have (once upon a time!) walked in with three children and walked out with three pairs of shoes that fit. My due punishment are boxes of wrongly sized, misunderstood pairs of shoes, return to sender.

Old sweaters and cozy layers were pulled out of the closet to be washed and handed-down. I emptied drawers of one-size-too-small wardrobes, tsked the abundance of it all, and tucked these back into the very same boxes to be passed down next season. 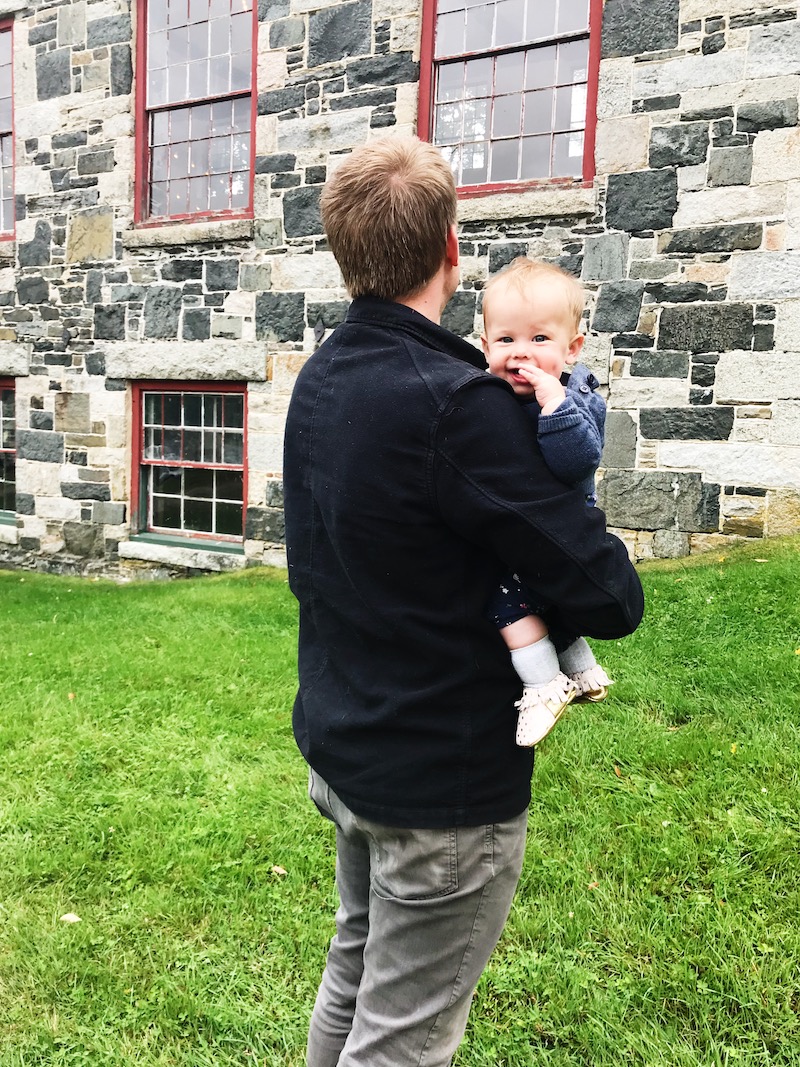 Esme turned six months old and in the blink of a midnight chime, I realized I was no longer carriage, only pumpkin, and needed to sleep train her for our sanity. She began eating mashed food of all sorts with gusto. I offered these foods to her as a perplexed dining companion, entirely caught off guard by her early interest. 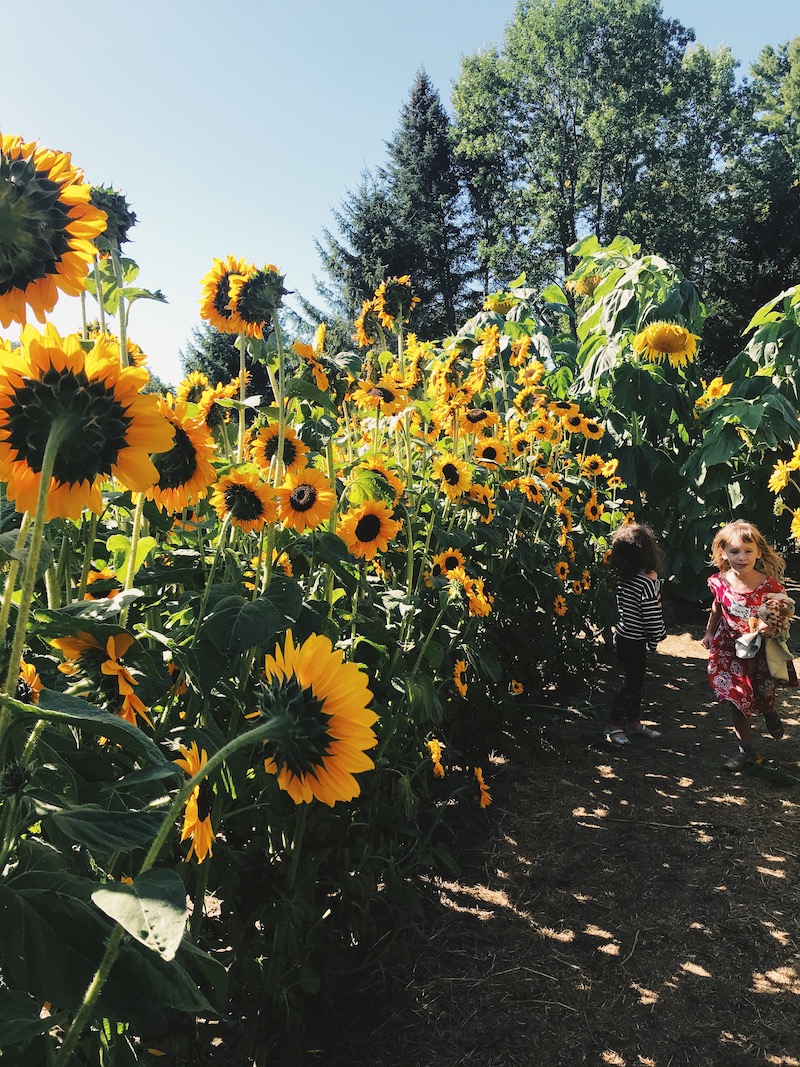 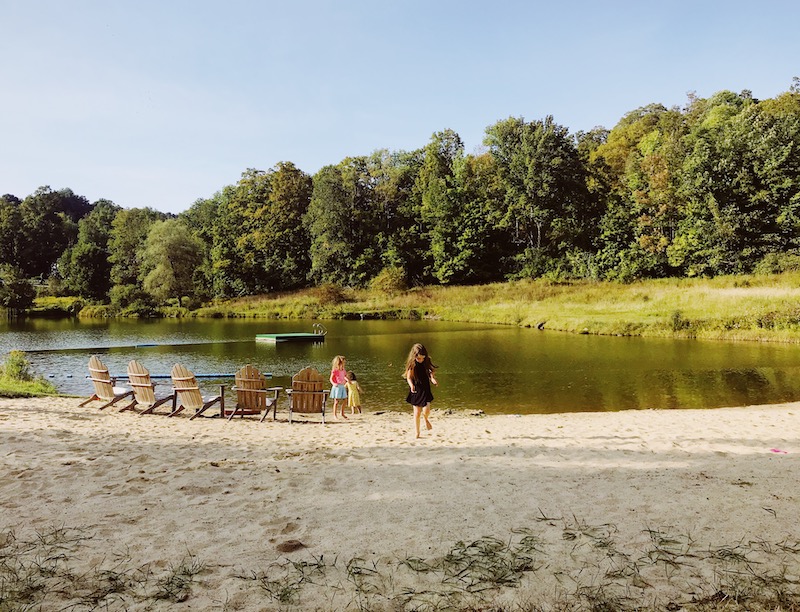 Once more to the pond.

Homeschooling began and was scary, and then delightful, and then ordinary and soothing. I made new homeschool friends at local events and we made conversation about expectations, and savoring the little things, as is our way. I started a newsletter to write about homeschooling in more detail, so as to avoid attaching too many ribbons to my blog’s (already fitful) kite. You can sign up for that newsletter in the little box on the righthand side of this blog.

It is monthly and there has only been one issue, so you can catch up quickly. 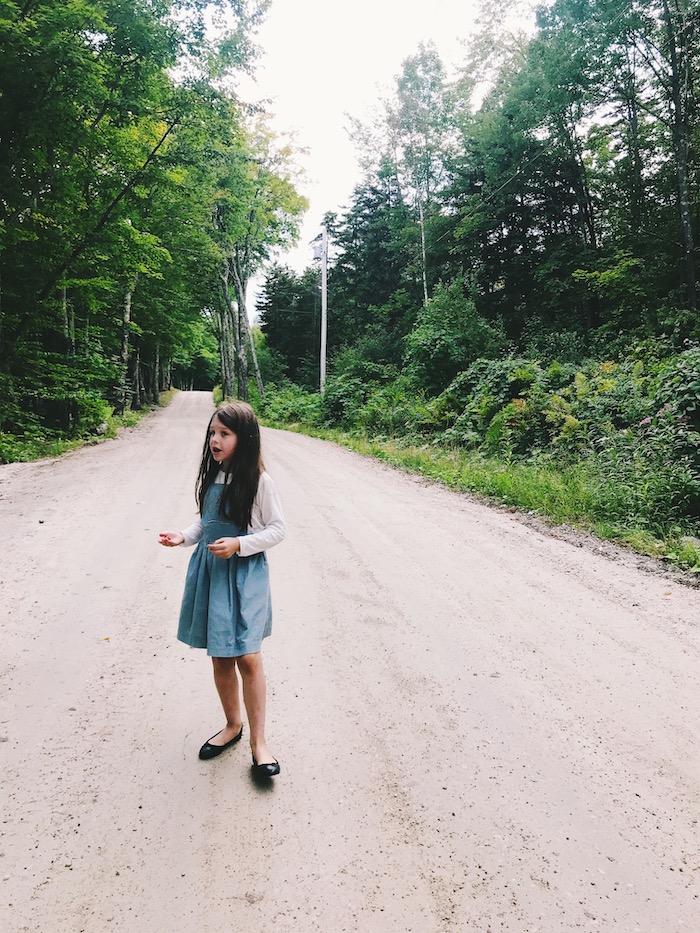 Out for a walk.

Presidential candidate Andrew Yang has suggested the idea of a monthly universal basic income. The banality of those words universal, basic, income cause it to drift rather quickly into a divisive debate that you might find yourself arguing–does $1000 really matter? Wouldn’t all costs just become $1000 more expensive? Would we find raccoons lining up to demand their $1000 and if so, what would we say to them? And so on.

But behind Andrew’s theory is this wonderfully complex double helix idea of unobserved labor and the labor that is now, or will soon be, in the hands of robots (he mentions retail, customer service, food prep, and transportation as soon to go). One strand of the idea is the headache of society, a word that strikes fear in every political heart: unemployment. The other strand is the unobserved, unpaid labor that we rely on: merry volunteer coordinators, reliable child-rearers, cheery bake sale makers, careful wikipedia-entry custodians.

There is a delicious savor to unobserved labor, it silkens and soothes society’s function, it is the very butter to our brownie mix. It is behind every Why do you do this? -Because I want to help. We see it, of course, but how often do we not see it? And how does the person behind the unseen feel, from time to time? That is the intriguing prompt buried in Andrew’s proposal.

And it was on my mind when I considered that of the thirty dinners hath September, I made 26 of them for our family of five. I say that not as a compliant, but rather an observation of something that was not noted on my calendar and may therefore go unreflected upon. We went out to eat three times, each was a spot I’d meant to bring the family all summer: pizza by the pond, fried clams by the river, and a fancy meal on the patio behind a hotel in town. 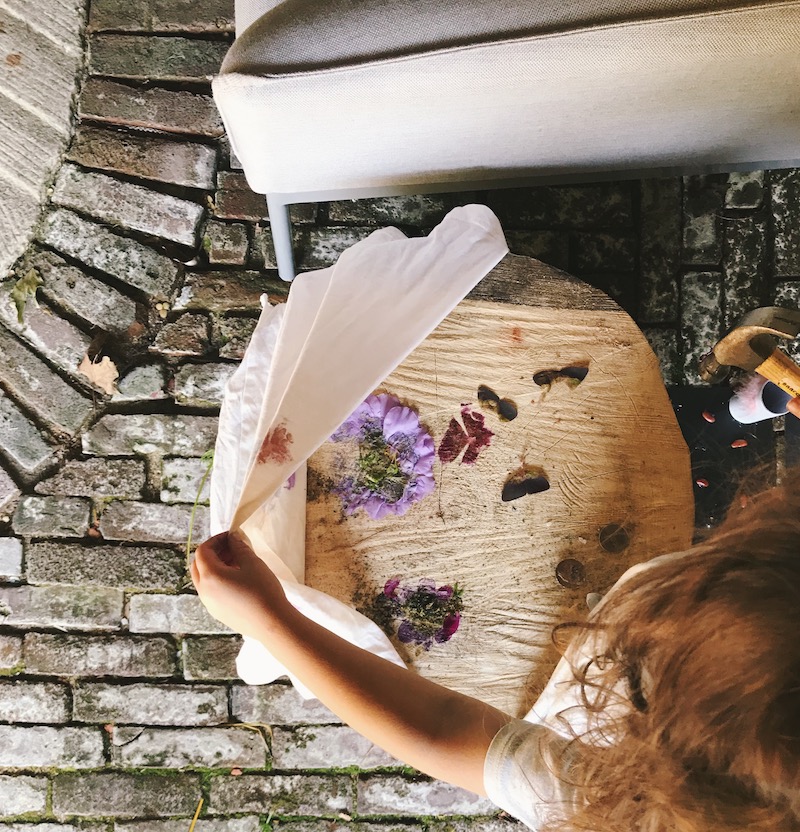