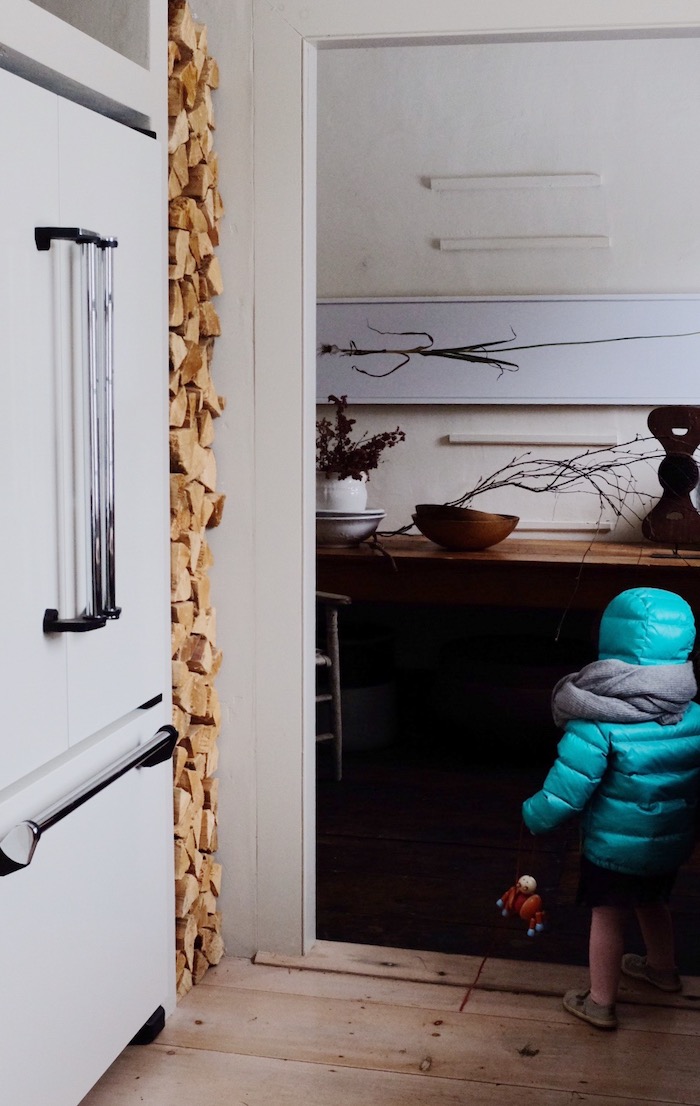 Of all the articles I read this year, I’m still reflecting on one from July written about Gwyneth Paltrow. The writer, Taffy Brodesser-Akner, was cleverly both infatuated with G.P. and entirely aware of the aura that GP projects and the success that perhaps naturally follows it. There was a slightest touch of snark as she examined the hype of everything goop and the millions in profits involved therein, yet it was sisterly and affectionate and comfortable to read—like a fashion profile.

She wasn’t going to have more kids. That she also knew. Her business, her age, which is 45 — not impossible, but still. She’d wanted a third. She told me that after she asked how many I had, and I told her I had two children as well, and it was wonderful, but I was sad I didn’t have a third.

She told me I should rethink it while I’m still young enough. “All I’m saying is it’s not nothing,” she said. “I really wanted another one.” I nodded solemnly. (Later, I cried.)

I don’t read the goop newsletter, though it is exactly the type of thing I would imagine myself reading because I do like lists and recommendations. But a little over a year ago when goop began marketing vitamin combo packages with names like high school genes and why am I so effing tired? it was hard to look away from the brilliance. As a veteran (and believer!) of many chiropractic and acupuncture offices, I am well aware that statements about, and the manufacturing of, vitamins and minerals are not monitored by the FDA. They can be made, dosed, and recommended on just about any level. The idea of ditching the bland white plastic bottles in the smelly health aisle, sexily repackaging them and associating them with a luminous celebrity is….ridiculously smart. The idea of marketing them to tired moms who are most likely very deficient in something, is also genius.

So she was on my radar but I hadn’t been following the goop wellness summits, and I was honestly stunned to read about how successful they’ve been. I loved the way the writer stepped into the GP culture and joined it, yet couldn’t help some relaying it back to us with bemusement and a goofy dose of skepticism:

There were stories that talked about bee-sting therapy (don’t try it; someone died from it this year) and ashwagandha and adaptogens and autoimmune diseases — an autoimmune disease at every corner, be it thyroid disease, arthritis or celiac disease; trust them, you have one.

But something deeper about American privileged society was unpacked in the article as well: the idea of self-care. Here is Brodesser-Akner summing it up so well; it stayed with me in the months after I read the article:

The minute the phrase “having it all” lost favor among women, wellness came in to pick up the pieces. It was a way to reorient ourselves — we were not in service to anyone else, and we were worthy subjects of our own care. It wasn’t about achieving; it was about putting ourselves at the top of a list that we hadn’t even previously been on. Wellness was maybe a result of too much having it all, too much pursuit, too many boxes that we’d seen our exhausted mothers fall into bed without checking off. Wellness arrived because it was gravely needed.

Before we knew it, the wellness point of view had invaded everything in our lives: Summer-solstice sales are wellness. Yoga in the park is wellness. Yoga at work is wellness. Yoga in Times Square is peak wellness. When people give you namaste hands and bow as a way of saying thank you. The organic produce section of Whole Foods. Whole Foods. Hemp. Oprah. CBD. “Body work.” Reiki. So is: SoulCycle, açaí, antioxidants, the phrase “mind-body,” meditation, the mindfulness jar my son brought home from school, kombucha, chai, juice bars, oat milk, almond milk, all the milks from substances that can’t technically be milked, clean anything. “Living your best life.” “Living your truth.” Crystals.

I was so struck by this encapsulation of the last twenty years because I’ve never pursued having it all. It didn’t appeal to me, and I felt immune, as woman and mother, to its call. But perhaps I felt immune because I was in fact susceptible to an entirely different call, one that I have actually worried over: was I caring for myself well enough? Should I be doing a better job of caring? Was it ok that I hadn’t been to a gym since the birth of my first child? Was it ok that I only went to a hair salon once a year? Was it ok that I liked coffee shops more than yoga studios? It felt ok, but was it really?

And in that odd way that happens after you’ve named something to yourself, I started noticing all the times people brought up self-care around me. As a recommendation. As a sales pitch. As a reflective summary of their weekend. Something they’d really been meaning to do. A goal for the month. It was constant. And where I’d been nodding along before, smiling in affirmation, now I began freezing the frame in my mind. Spinning it around to look at it. Why? Why were we all supporting each other in this self-spiral? Why were we acting like some sort of happiness was going to come from this—in many ways, just a new way to spend money?

As a believer in Jesus and the promises of love and acceptance that He brought, it is my belief that the self is not a truth. The self does not contain peace or happiness deep within it, only to be revealed by pink quartz. In fact it contains loathing and despair. It contains deep dissatisfaction and loneliness. The joy and peace comes from outside of us, from the love that Christ offers us, we only need to accept it. As the profile finished, the writer’s jovial tone began to pace with a sadness. She shared her discouragement as a way to belie the exuberance written around GP and the summit. Even as I knew she was using her discouragement as a way to stay relatable to the reader (and the modern, disillusioned, no-truth times), I still wanted to hug her and say to her, to all of us, I guess: there is peace! There is joy! But it’s not in yourself.