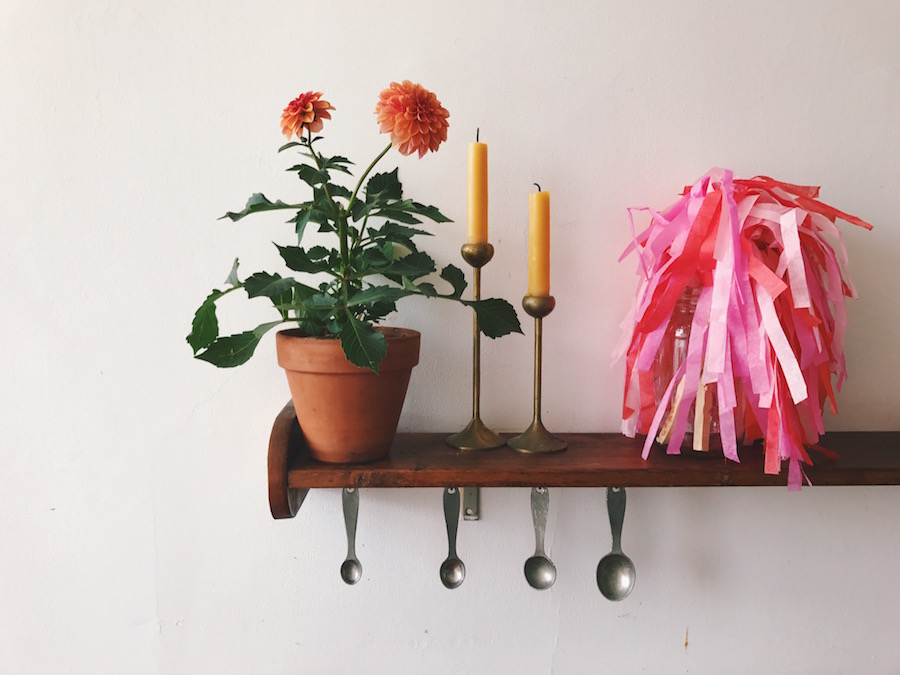 We are apartment hunting which has me deeply nostalgic for our current apartment even as we live here for a few more months. Reminiscing the present is like writing a greeting card to yourself every morning when you wake up. Things become overwrought with significance.

It was originally our landlord’s idea, but once he suggested it, it felt right to us too. Comparing us to us back at our apartment tour, we now feel just a percentage too big, maybe 15%.

Four years, two infancies in our bedroom, a few rooftop drinks, lots of sleeping-in with light blazing onto our pillows (the eastern reach of the eastern time zone), watching rain fall over the park from the windows, watching the tops of the trees change from flowers to leaves. Actually, much of life lived through the windows, often open on both sides like a railroad car, like a porch you happened to enclose with brick walls and place sixty feet in the air.

Joan helping me in the kitchen, Lux in the bathtub, listening to The Last Battle, the sound of the narrator’s British accent coming through the door over her light splashing.

Lux watching the Hancock Tower’s weather beacon visible from her window and reciting the code to us as if it contained predictive magical powers: “Steady blue, clear view. Flashing blue, clouds due. Steady red, rain ahead. Flashing red, snow instead.”

The mice, a revolving chain of them, heedless of the abrupt disappearance of their elders.”I just saw something scamper in the kitchen, it looked like a bird, but I think it was a mouse.”

Four years with just a bathtub for bathing (such a lovely old fashioned word), fun years where I mentally added shower to the amenities I would enjoy on vacation, even when we were just staying over at a friend’s house for the night.

It’s hard to leave a stage you still love. 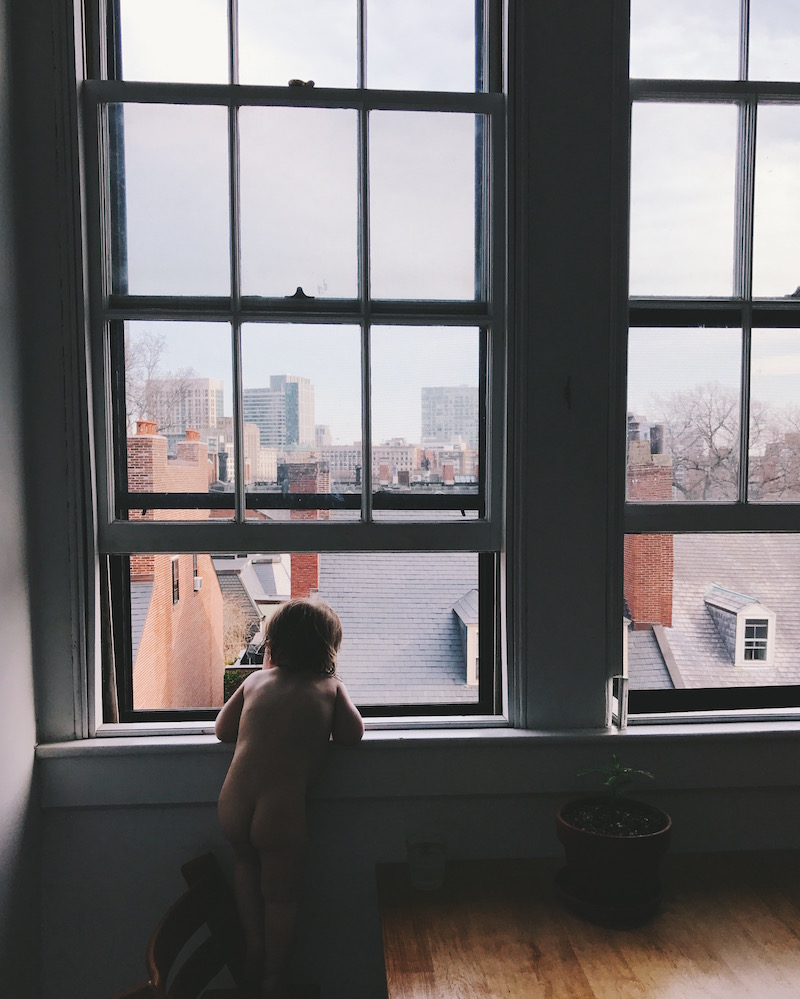 Because we still love it, we have become persnickety rental hunters. We have no interest in replicating our space, we want everything we’ve loved so far, but more! Small, quirky, south facing windows, wood burning fireplace, pets welcome, heat & hot water included, washer & dryer, quiet at night, a real patio, wood floors, same fifteen minute commute for Joe. Because this Christmas list continues to be a hopeful prayer of mine I will avoid blasé language, but suffice to say Boston’s rental market is not in the business of making dreams come true.

Around this time of year I often visit friends with yards, kiddie pools, sidewalks, climbing trees, front porches, and extra bedrooms, and I have to stifle my awe of it all. Act natural like them. They shrug at the grandeur, “well, we’re thinking of re-doing the kitchen.” Their children totter from thing to thing, express boredom, ask for snacks. I become overwhelmed by the probability that my children would act the very same way in such circumstances, instead of turning into joyful competitive cyclists or champion swimmers like I secretly imagine.

(that said, I affirm any dissatisfactions with space, no matter how much of it. Having looked at approximately two hundred real estate listings, I believe we can say that space does not equal human comfort–comfort typically found in things like light that pools on the floor, windows that open, hearing your family while you cook, a room looking clean after you’ve cleaned it, the way a wall can expand a room instead of dividing it.

Is it odd or totally natural to experience deep identity crisis with a new home? Why are we as humans always leaning into things to make them who we are. Must your clothes, job, children, home, aspirations, facebook profile remind you of your value?

Naturally the girls hate the idea of moving. Like a loyal friend, they sing the praises of our current space  (“Isn’t it so quiet on this street Mom?”), brush over the negatives or simply don’t see them (“I don’t want to say this out loud around anyone because I might hurt their feelings, but we live on the top floor.”)

You could make the argument that fertility is arranging this need for a new apartment. We have outgrown it. It worked for the 3rd infancy, but with all five of us walking now, it feels clumsy; the enforced minimalism more insistent than we want it to be.

Fertility can seem like a moving walkway that keeps turning me into new things and handing me things–infancy, baby, kindergarten, drop off and pick up, doctors appointments, feeling late a lot, nights on zappos analyzing miniature sandal straps, grocery lists peppered with apples and peanut butter jars, afternoons that begin when I pack the snacks and end with a bowl of tuna fish between us on the floor, me scooping spoonfuls into their mouths.