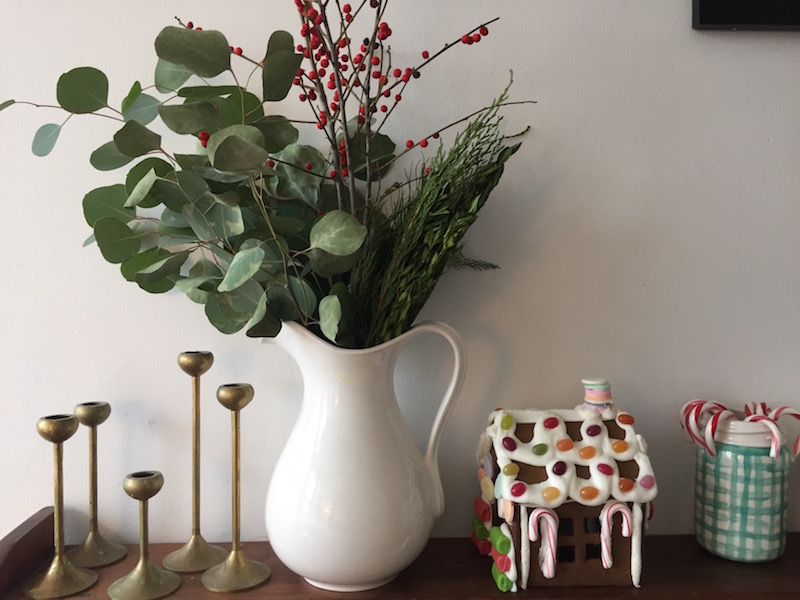 I started the The Good Earth, published 1931 by Pearl S. Buck, mid-December in the two weeks after Joe’s brother died; wretched strange weeks when the girls and I were sick with one morphing virus, a flu-cold, flights were delayed, our planes home sat on the tarmac then skid into airports hours late, we seemed to tuck them into bed, fall asleep listening to them cough, and then drag them out again before the sun even bothered to wink awake.

At the memorial service for their uncle the girls crumpled with me in a back row in grumpy feverish moods, wiping their snotty noses over and over, hiding their flushed faces in their elbows as old friends of the family stopped to say hello. The service was beautiful but our children weren’t, a fact that both prickled our pride and seemed fitting. One family member dead and well remembered, the rest alive and hard to look at. Each morning I woke up expecting our hack-coughs to be emptied overnight, no. Meanwhile our hero Wang Lung gratefully accepted his morning bowl of hot water, in bed, served by his new wife just after she carefully stoked the fire and served another bowl to his father.

Naturally there was no mention of Christmas on the pages of The Good Earth–though there is occasionally a fearful and fitful devotion to various gods, grabbing an incense stick when things seemed worrisome, cursing them loudly when things fell apart. Wang Lung’s marriage to O-lan is pragmatic, met with unexpected kismet and peace, yet there is still the unerasable impact of O-lan’s deprived childhood–the details of which are eluded to only vaguely. Wang Lung made no move, ever, to fix or soothe what had happened to her. Meanwhile I chased the girls with ointments of various types, devoting fifteen minutes to cajoling a smear on their red skin that was raw from their furtive side-wiping. The girls seemed to collectively give up eating, their proud young playground muscles almost immediately disappearing into knobby knees. At a certain point all three began to watch me as nothing but a kleenex threatening an attack on them. I fell into the role, really, it was almost impossible for me not track their snuffles and new symptoms with a graph chart.

Steadily I closed my senses to the american christmas hoopla around us that did not frame our Christmas this year at all. The sweet heaven-bound songs of the memorial service rang instead of carols, toast and soup replaced hot cocoa, sleeping late and watching movies, often oblivious to the accomplishment of festive traditions around us. Joe and I mostly looked at the girls, but when we managed to look at each other it was difficult to avoid the topic of missing Ross or preemptively imagining how sad this or that were going to be without Ross. Steadily Wang Lung remained devoted to his land, wholly disinterested in political events in his country and often oblivious to anything beyond the demands of his social structure. The narrative pours out like hot tea, the irony-free meditations faintly fragrant and soothing. Pearl Buck was the child of American missionaries, she held the duality of American and Chinese worlds in her mind, but she loved the Chinese one most, I think. Her flattering sketch of the countryside, the affectionate description of the “loaf of bread wrapped around a stick of garlic,” the laboring, planting, harvesting, well-earned resting that framed Wang Lung’s noble year. The pre-revolution farmer peasant world was harsh indeed, but you can tell she loved it. The GOOD earth.