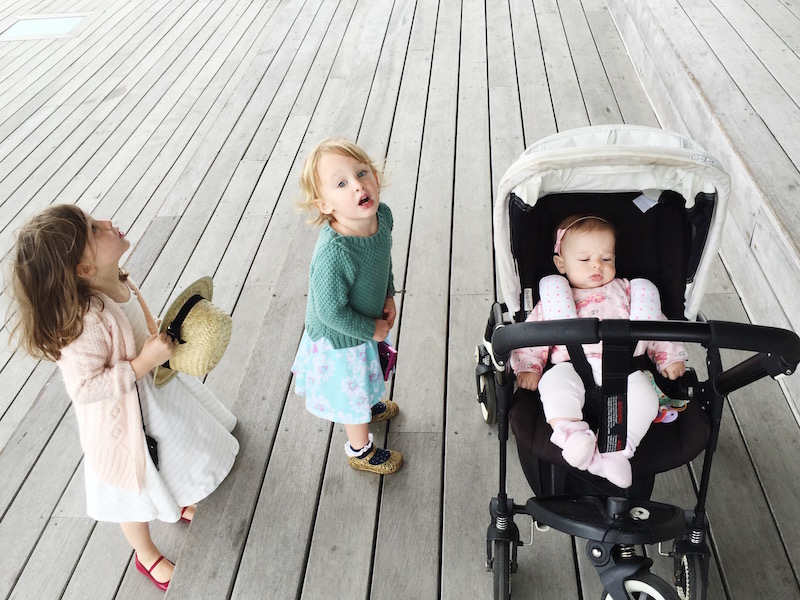 It is a punishing habit of mine to check before reading a Curious George book if the book is actually by H.A. Rey & and his wife Margret. If I’m paging through one it’s because Joan handed it to me, so of course I am already committed to reading it. But just to know what I am getting in to, I check the author byline before. Because of the insatiable nature of publishing children’s classics, and the fact that the Reys only wrote seven George books, most of the bright-yellow flap books you find on shelves today are not by them. They are in the style of the Reys, or based on the characters of, or however they choose to word their copyright ripoffs. Even without checking the byline though, you can tell a few pages in. There is a blissful simplicity to Reys’ narrator-driven style, a complete lack of anxiety or social pressures, and an emphasis on the adventure of the day. George does whatever the hell he wants, and the man with the yellow hat wanders cheerfully to the scene in time to let things really get mucked up before he gets there.

(truly does it get better than innocently floating away with a fistful of balloons, and then having the adult make sure the balloon man gets paid?)

But the versions beckoning to children these days just don’t carry the tone. More characters are loaded in. Instead of a narrator guiding us through a foolish yet thrilling caper, there is dialog burdened with the tiresome troubles of “George’s friends.” Betsy, a somewhat-timid character that the Reys introduced in Curious George Goes to the Hospital, shows up regularly, beset by interior anxieties and fears that George must solve. There is even Curious George’s Easter, a boring and confusing story that is difficult to imagine George’s Jewish creators ever writing.

I know this might sound exhausting but I’m a tad obsessed with tone and children. The other day we were at a museum where children’s psychology grad students had set up a booth in the corner. They asked if the girls could be part of their experiment, and of course I said yes. The experiment was to watch how the kid handled something once it broke. Did they try different methods to fix it? Or did they keep trying the same thing? Joan tried different methods, at least ten times. Afterwards the graduate research student brightly told me this was great—“most kids her age just do the same thing again and again.” But I had watched from afar, and I was frustrated how the experiment had ended: after letting Joan try to fix it using all different shapes to get the faux-machine to turn on (in fact the student was turning it on and off herself), the research student then “fixed it” for her using one of the shapes Joan had already tried (and simultaneously flipping a switch under the table). Joan trudged over after the experiment, downtrodden. “It was broken,” she said. “Looks like you solved it!” I said hopefully. “No,” she said, “the girl solved it.” And so ends my forays into other people’s research projects involving my kids.

I know the grad student thought the two-year-old would just be pleased to see the kaleidoscope light spin and turn on again, problem solved, bye!, but that’s just not how it works. (And I know I should have told the grad students how I felt, in person, but you will understand that I was barely surviving this museum trip at all given that my stroller had been left in the lobby and I had forgotten my baby carrier and Alma had fallen asleep into my elbow.)

And to be fair to these ghost in-the-spirit-of-the-Reys authors and hapless broke twenty-somethings grad students, let’s turn the lens on myself for a moment. These last weeks I’ve been asking Joan “will you let me help you?” as she fruitlessly jams her right foot into the left shoe or attempts to hole in six buttons on her pea sweater. The question felt right and I put my best mama-loves-you tone behind it. But the other day my friend pointed out how un-empowering the word help is to Joan.  Every time I said it, I reminded her that she couldn’t do without it me. This week I think I’ll experiment with “Could I do one shoe and you do one?” or “I wonder if it would work if we did it this way?”