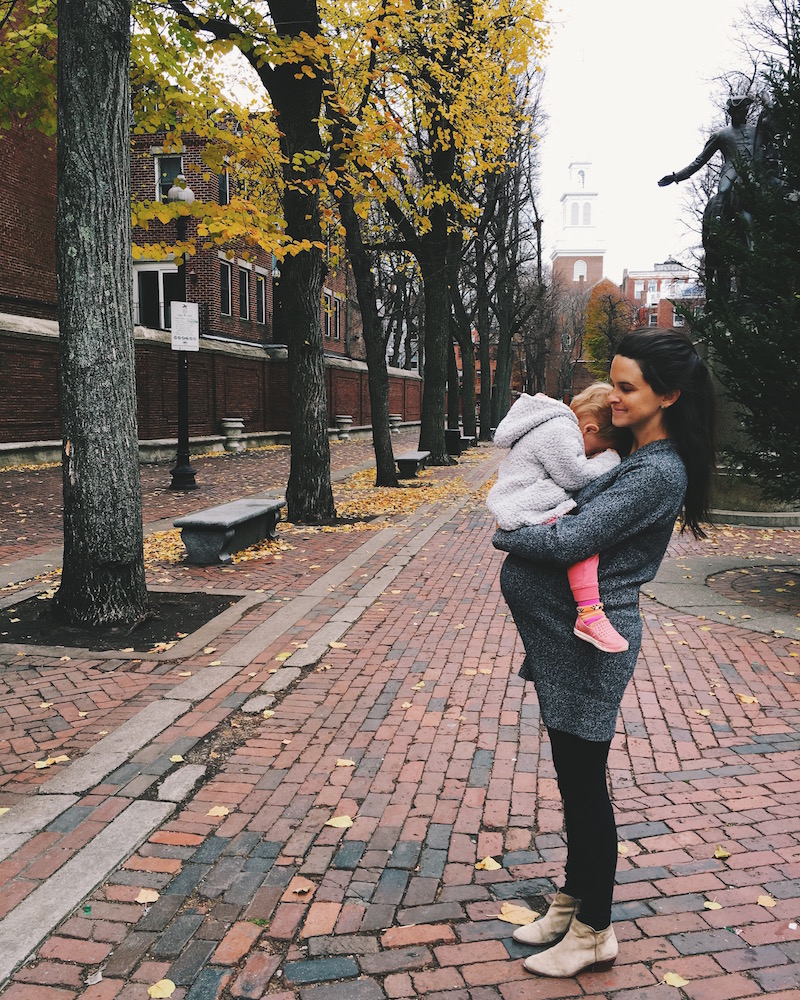 There’s a handy chart that appears in many of the age-defining slim volumes written by Louisa Ames Bates, a psychologist and parent-help-yourself-er. (“Your Two Year Old: Terrible or Tender” “Your Four Year Old: Wild and Wonderful” “Your Five Year Old: Sunny and Serene”) 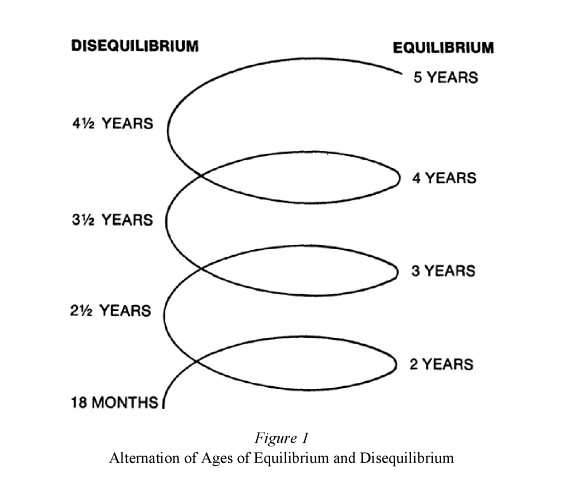 A rather serpentine creature, this curvature of behavior fortune-telling has been on my mind lately as I watch both girls simultaneously hitting their half-birthday this month become something wildly infuriating and unpredictable, just every now and again. On a Tuesday evening, but not on a Thursday. A terrible Friday morning, but a wonderful Saturday afternoon.

I think all parents stop fearing that seemingly unpredictable creature: the public tantrum, once they consistently identifies its wingmen. Fatigue, malnutrition, overindulgence. They’re not really that unpredictable; thus the resigned look you may spot on a mother’s face at the grocery store. She probably knew going in that this would happen, but she weighed her odds and pressed on.

But instead there’s another unpredictable, one that is firmly tied-up in development, where you truly feel that the child you have this week is a different child than the one you had last week.

As an old myers-brigg junkie I can tell you that Joan is a feeler. Perhaps safe to say a sensory feeler. She processes everything she encounters by how it feels to her. We went to The Good Dinosaur over Thanksgiving. She must have burst into tears five or six different times. Almost every time I was mystified by what had upset her. “That boy wasn’t being nice,” she sobbed into my hair. “He misses, <sob> his family <sob>,” after the main character had said the same and sighed in a somewhat-downhearted manner. Not just reactions, but nearly instantaneous responses to what the characters portrayed on screen.

I honestly think her suppressed-weep outbursts may have improved the movie going experience for our fellow audience members, adding drama and depth to many moments they otherwise wouldn’t have noticed.

It’s not only the talking pictures though. I have looked over, mid-book to find her quietly weeping, like after the Wild Things asked Max not to go—so famously: “Please don’t go. We’ll eat you up, we love you so.” I emphasized to her, “Max is going back to his mom! For dinner!” which soothed her not at all. She reads the illustrated character faces like paragraph descriptions, catching the slightest odd or sad expression and drawing them out. If a character looks hurt, particularly if an animal character looks hurt or slightly frustrated, the alarm bells begin to ring.

Lux still remembers when I laughed so hard that I cried at the dinner table, because Joan was retelling an extremely not-sad-scene where Pooh had hurt feelings. She couldn’t get through the retelling because she would tear up and begin snuffling, mid-sentence. It was a nearly endless loop sequence of “He said that <sob>, he said that he didn’t like it <sob>” that went on for several minutes as I tried to nod sympathetically. I failed.

But this is the real live person, the actual psychological foundation developing of a side of her that I’ve been enjoying for most of her life, albeit in a more endearing infantile way–her sweet, tender, feeling nature. The one that makes her enjoy cuddling or big sweeping impromptu hugs. The one that prompts her to say “I love you all day and all night mama. I need you forever.”

And being aware of my more practical, um I’ll avoid the word “cold”, personality for awhile (ENTJ) it’s very helpful for me to know how different I am. To know how bizarrely cool and detached she might find my approach to the same stories, if she could put words to it. Of course she will eventually put words to it. I understand emotions but I’m not overcome by them. They don’t sweep me off my feet. In particular, sympathy, or the attempt of people to garner sympathy for themselves or their story, is always greeted at my mental door with a firm handshake of pragmatism.

I hope by the time she can put words to it, I’ve figured out how to convey how much I respect her approach (definitely not by collapsing into laughter at the dinner table–working on that!). And how lucky I feel to learn what I can from her rich, reactionary, arms wide open style along the way.