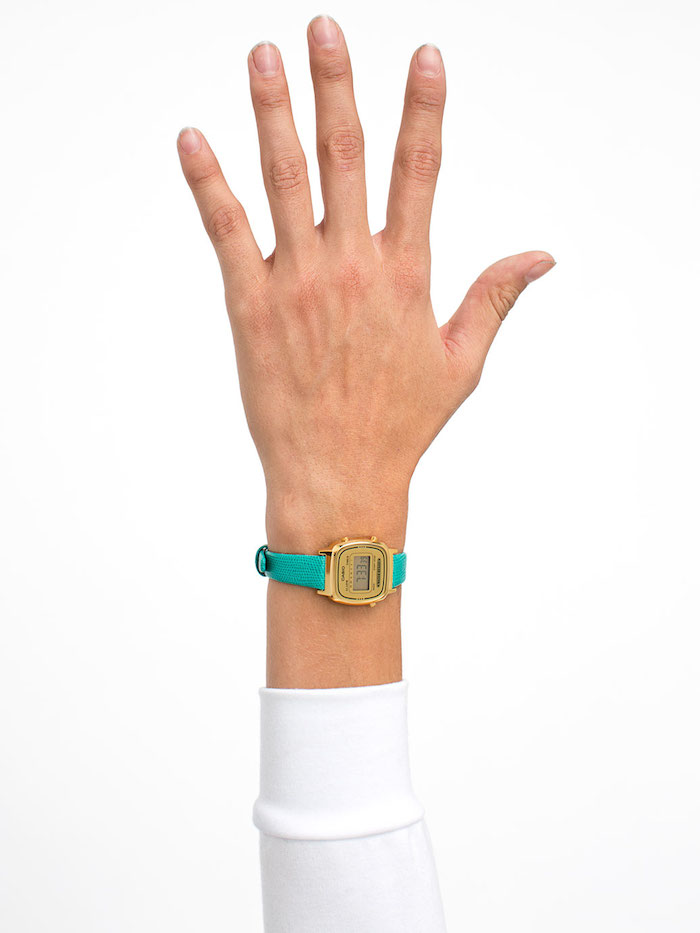 photo from American Apparel. Not my long fingers, alas.

This tiny Casio edition, released by American Apparel, is the best mom watch ever. The six numbers across the top designate a timed alarm you can set with the push of a button. I use it daily to pleasantly resolve sharing fights with my girls. The timer goes off 3 or 5 minutes later and they trade whatever toy was in dispute. They believe in the power of the timer because it is loud enough that we can all hear it beep, thus I never forgot to tell them to trade.

I also use it for clutch phrases such as “We’re leaving in 5 minutes.”

It tells you the date and day of the week. It’s slim, lightweight, and the leather strap is pinch-free. It doesn’t have a light, which is a bummer with infants’ night waking. (Or is it?)

I used it obsessively after Joe bought it for my birthday last year, then I lost it on vacation. Then last month, my Aunt Anne bought me a new one, hooray! 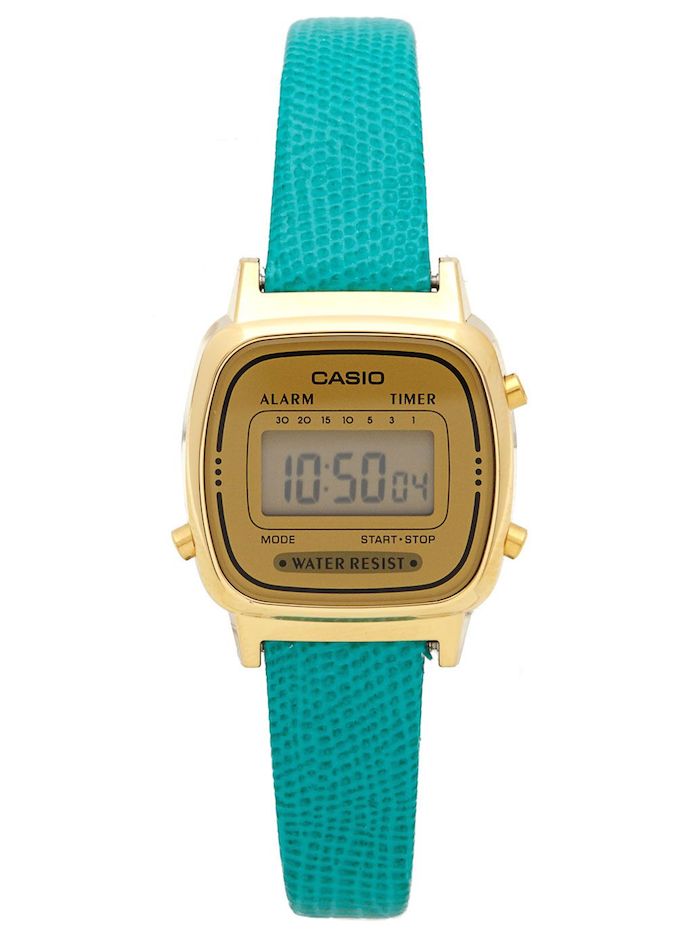