This weekend I briefly thought strawberry picking sounded fun. Then I remembered that would mean me crouching in a field with the sun overhead. 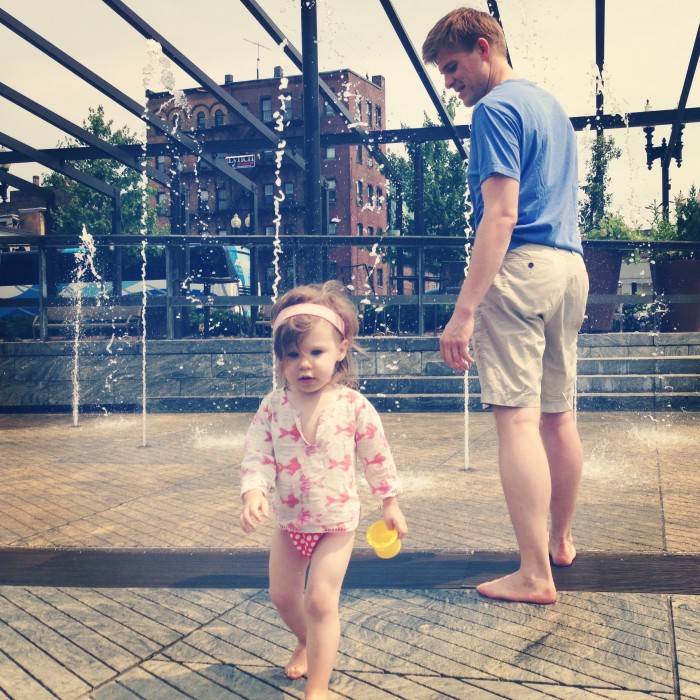 Instead we walked over to the greenway fountains near the North End. I am a big fan of these fountains, except when it is really sunny because there is no shade for the weary over there. I picked out three pastries for us at the new bread + butter, including a “nutella danish” that was like a flattened cinnamon roll with nutella in the middle….um hello. After promising Lux blueberries from Haymarket to lure her into the stroller, we stopped for cappuccinos at Caffe Paradiso. It was noon and a man ordered a campari with lemon on the rocks–that’s when you know it’s authentic Italian spot.

I went to the library by myself and paged through the new Martha Stewart magazine. There was a feature on the Leelanau Peninsula where my family vacations every year. Of course the year that we can’t go and I’m sad about it, Martha Stewart does a feature on it. Whatever. Anyway, they didn’t mention Cherry Republic in Glen Arbor. Big oversight, ladies. 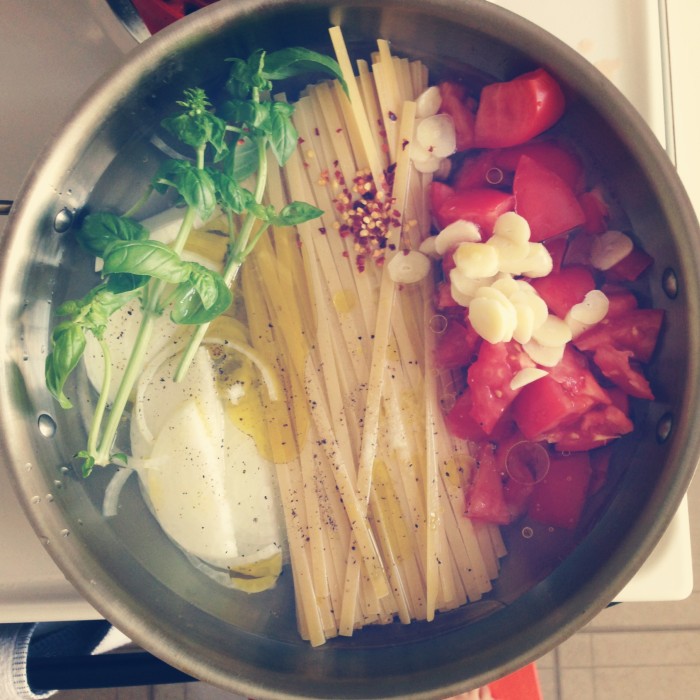 I made this one-pan-pasta that’s very viral right now. It’s viral because is the quintessential Pinterest recipe–it results in one great photo and involves one great tagline–“all in one pan!” I didn’t really like how it turned out. Because I am devoted to my cookbooks I’ve mostly avoided Pinterest oddities, but the number of times I’ve heard someone say something has totally flopped from there is amazing. I’m sure there’s a Pinterest fail tumbler out there, but I don’t even want to look.

If you don’t mind using two pans, I think this summer pasta recipe from Bridget is 5x more delicious and just as easy.