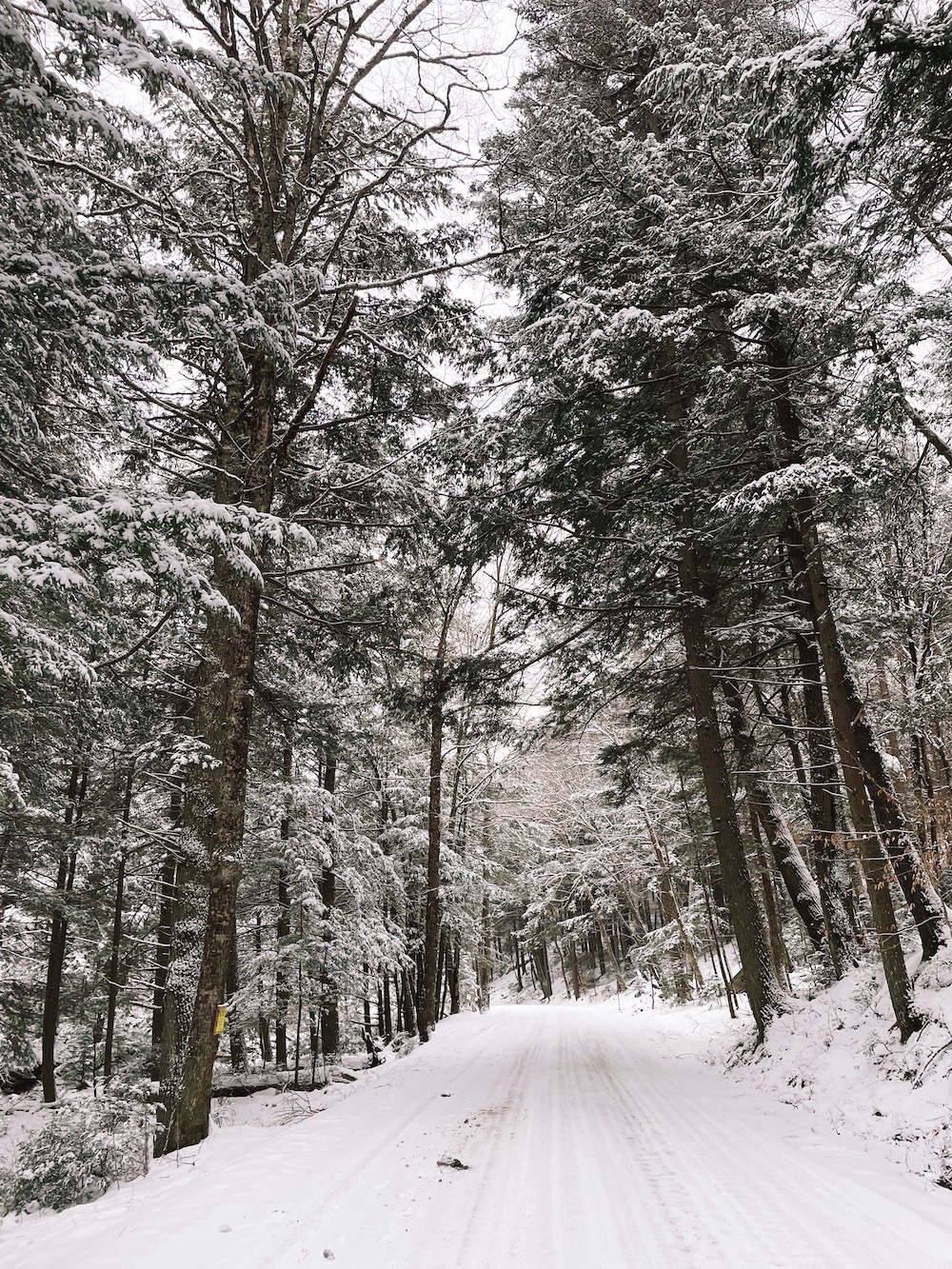 The week after New Years found me and the girls staying at friend’s condo on the marina in Naples. The sun poured in through the windows first thing in the morning; the white plastic deck chairs on the porch basked in the humid breeze. While the girls slept on the pullout couch, I would make a cup of coffee on the machine that was nearly instant and piping hot and pour Esme a bowl of cereal. Around 10am there was a gentle clinking outside the windows as two female bartenders prepped their poolside marina bar for the day’s customers. There was very little for the girls to do indoors in between the trips to the beach and pool; they unpacked and repurposed the bits of fabric and toys from their backpacks over and over again, turning coffee tables and ottomans into homes for their favored stuffed animals. We sat outside at a restaurant on the water with a margarita special (happy hour specials don’t exist in New England) and a kid’s menu that included dessert and drink. We walked to the restaurant and the girls wore flip-flops, a new shoe style for them; I could only sympathize with the painful first ever flip-flop blister-to-callus process. I bought a few grocery snacks (food costs at Publix made me feel we have it good in Vermont, surprisingly!) that could work as meals, spending no time on dishes or meal prep. It was sunny escape and a chance to see old friends following an intensive few weeks of holiday-at-home life; unexpectedly I found myself with time for reflecting on the last year. I thought through a prompt that Allie included in her recent newsletter:

“I made a list of the top 10 relationships in my life and how I can show up.

I made a list of all the teeny tiny things that frustrate me regularly. One of them was that my laptop charger only works if the battery pack is tilted at a 45 degree angle. And then I made a plan to fix it.” -Allie Lehman [link to sign up]

This week for the first time we took advantage of the fact that we live within a short drive of several ski hills. Why wait three years, you may ask. Because this was the first year it worked! Age is a funny thing–it makes all the difference in a parent’s calculation of what might work. These past three winters even the prospect of one parent going with two girls and one parent staying home with two, though it would have “worked,” has not been how we wanted to spend our weekends.

But now, on a weekday, two girls are old enough to ski (together) alone at a ski hill small enough for them to come and find me at the base when they need. One girl is old enough to take a group lesson in the morning and then sit with me by the fire while her sisters ski. 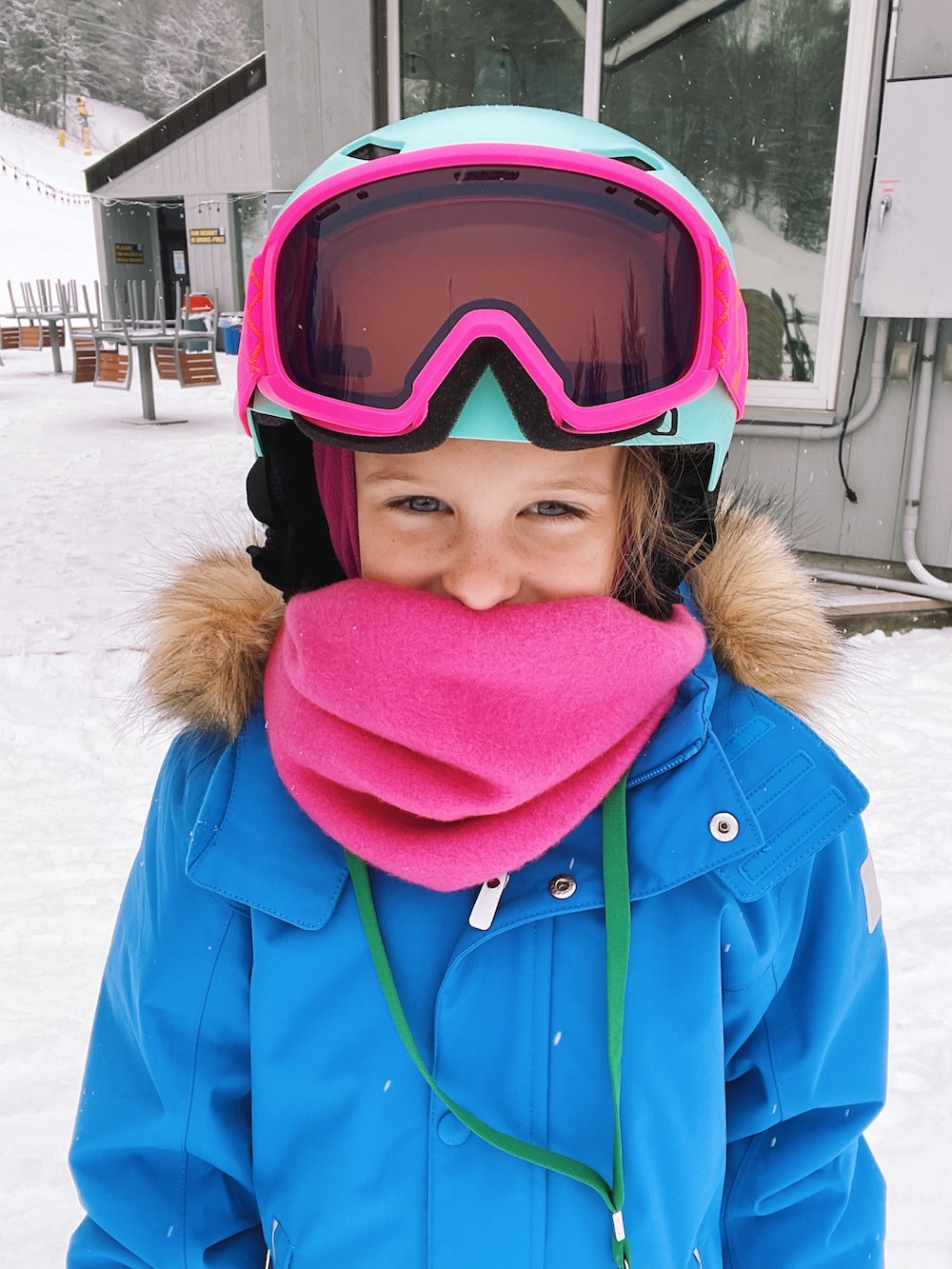 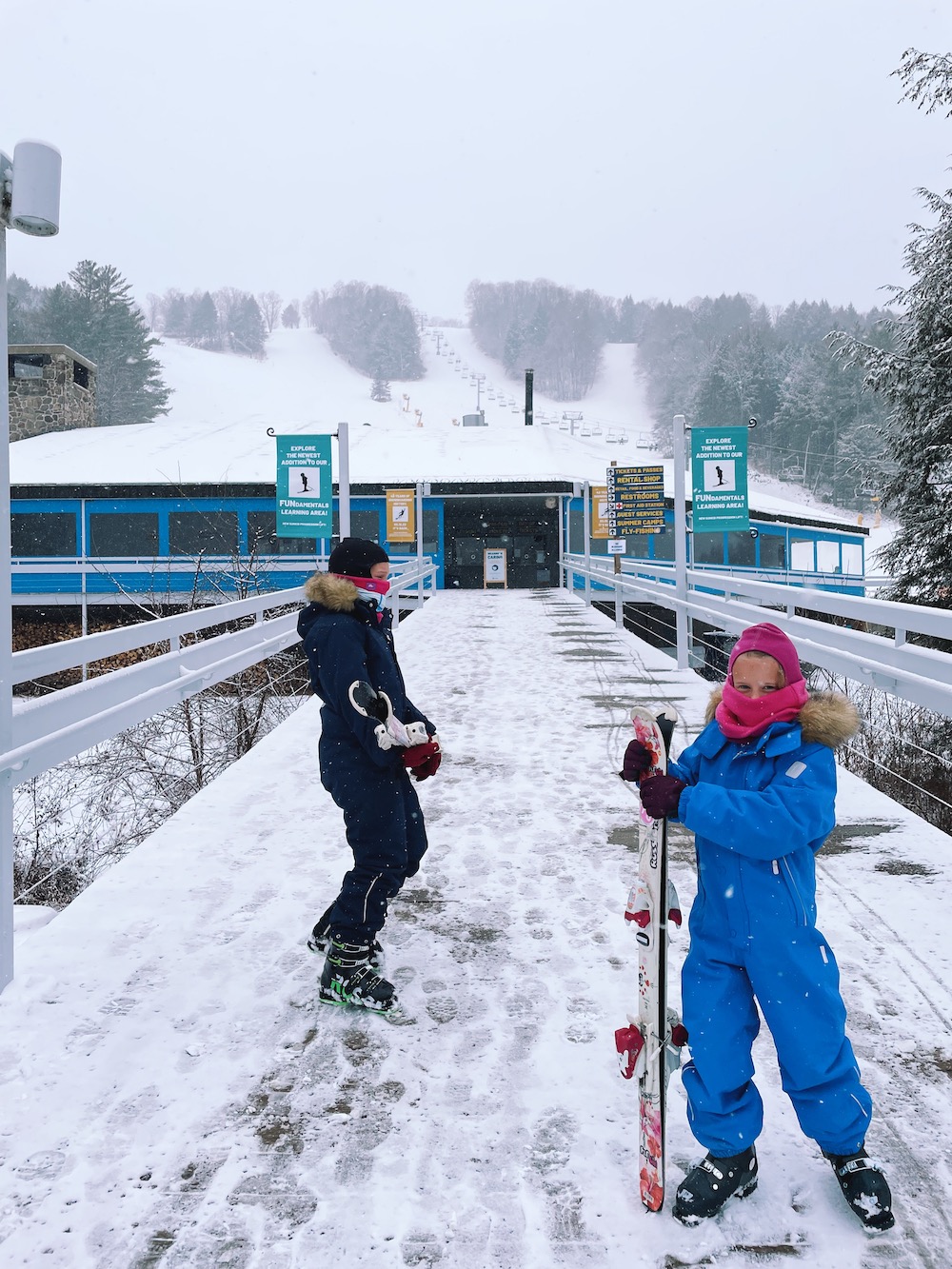 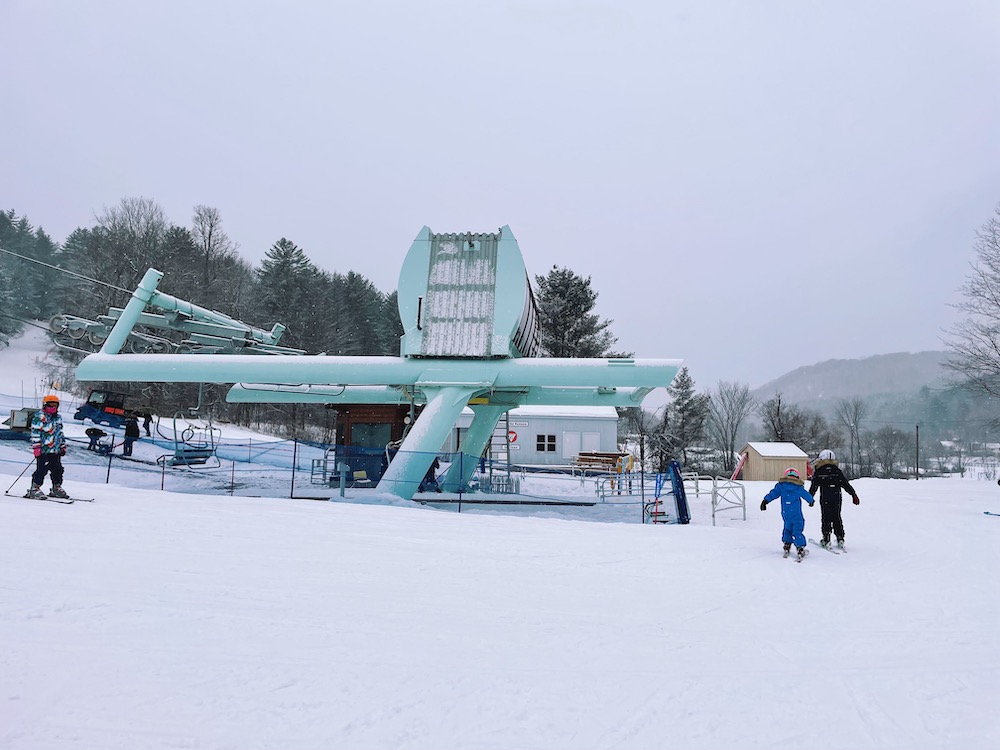 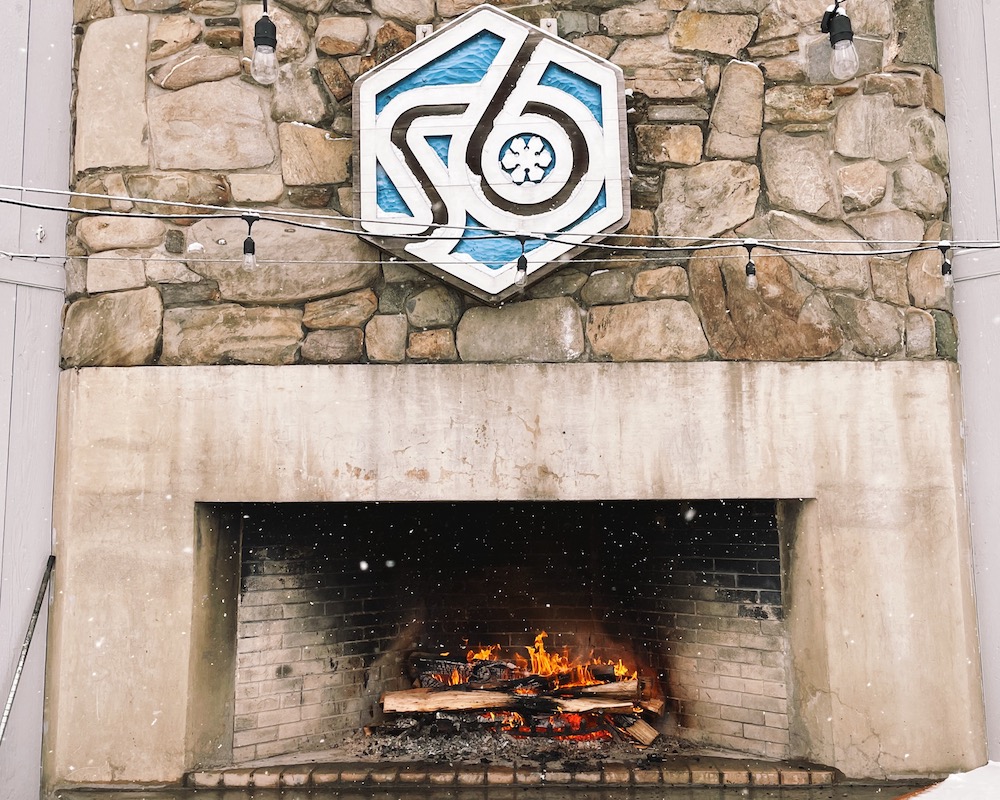 Things like this take an enormous amount of prepping, schlepping and encouraging, and this year was the first year it sounded both fun and doable to me. Looking back, I would have said to myself, “good job mom, you’re making the right decision to wait.” (Both the girls are wearing Reima one piece snowsuits. We initially tried that style with just one kid and she was always warmer than the kids with two-pieces, so we’ve migrated toward that for everyone. Reima is mostly sold out by now but, just a note for next year.)

I also like to take a “first pancake” approach any of these endeavors that walk the line between experiment and investment. You’re trying it and it doesn’t quite work out the first time, but that does not mean it was a bad idea to make pancakes. Each time they get a little better. For example, on our first snow/sledding day this year, each of the girls was crying at one point or another. The week’s First Pancake ski day involved almost an hour of coaching one of the girls through getting dressed for adventure. It was twenty degrees outside and estimated to feel like fourteen degrees, we were going to be there for three hours at least; the right clothing was a nonnegotiable. Each layer was a struggle, and even after my slowest most patient cajoling, she almost bailed at the last moment. But we survived, she had a wonderful morning, and left so proud of her accomplishments. So yes! It was a good idea to make pancakes.

I slipped into my 2022 reading with a reread, the only-gets-better-each-time Circe. A wonderful story, like the most lush picnic of ancient stories paired with modern perspective and sprinkled with feminine wiles. A couple of people posted their year in review reading lists (1, 2, 3,), I always like to see those. I myself end up making a digital one, just jotting them down on a draft in my gmail, but there is something wonderful about the written list. I finished last year’s reading with Oh Beautiful World Where Are You? and the nonfiction Truffle Hound. Loved both. Happy January! I’m hoping to be here a bit more often this year.