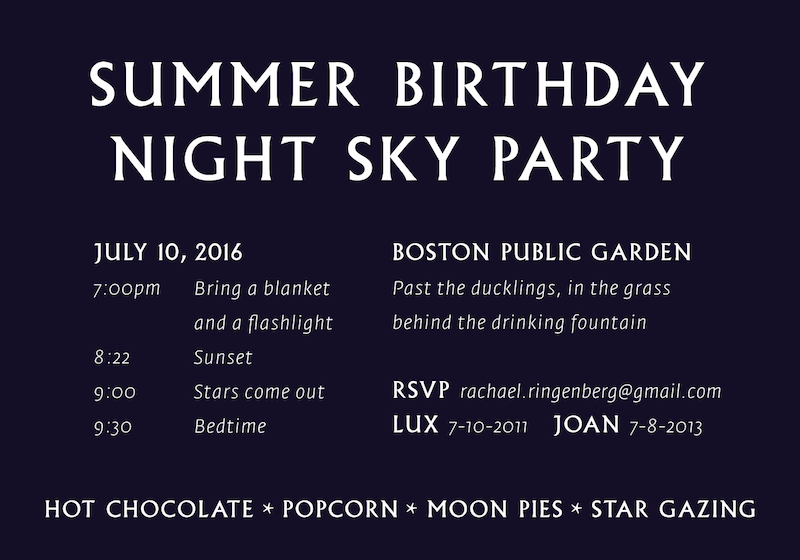 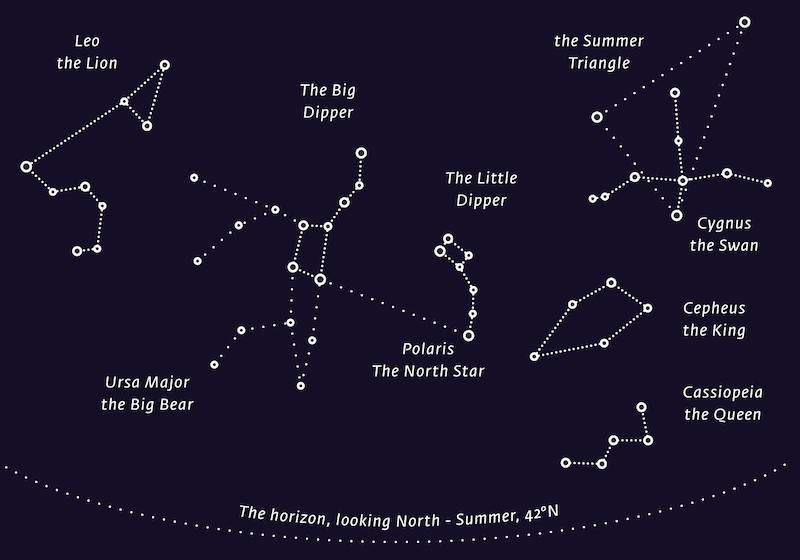 a star party, for our girls who love the moon, constellations, and the stories behind the constellations. ^^ invitation postcard, back and front. Designed by Joe, and the included star chart is really useful to have! ^^

July has been beautiful in Boston, but the night we chose for the outdoor in-the-park party was cloudy and cold. I had visions of a quilt of blankets in the Public Garden, children with flashlights weaving through the trees, but oh well, maybe next year.

We stuck with the special post-dinner time, but moved it indoors. 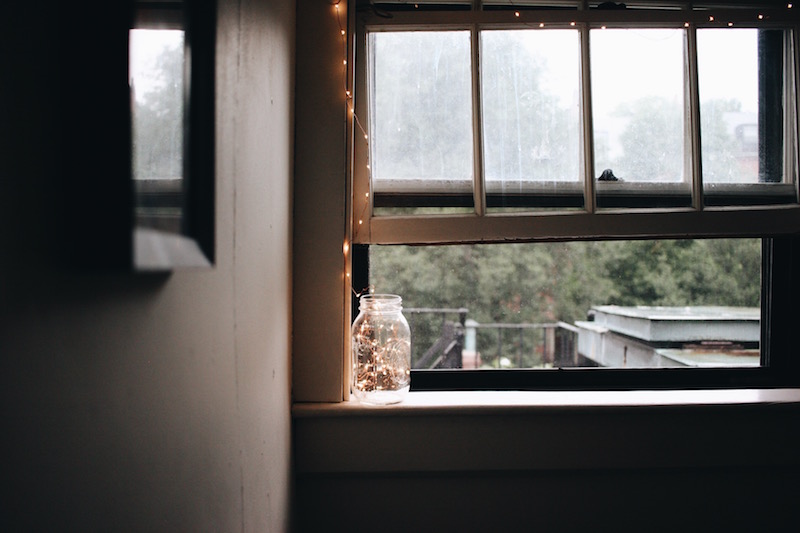 A few photos, all taken before the party started, of course…

Joe and Lux gave their finest effort to making moon pies for the evening, but the recipe was junk and they turned out like so. I think the idea of moon pies popped into my mind from one long ago teenage summer spent reading Ellie’s People, young adult novels set in an Amish community. The story’s characters were always going to picnics, building barns, and looking forward to moon pies. (it turns out the Amish moon pie is different from what I imagined, it is similar to an apple hand pie.) 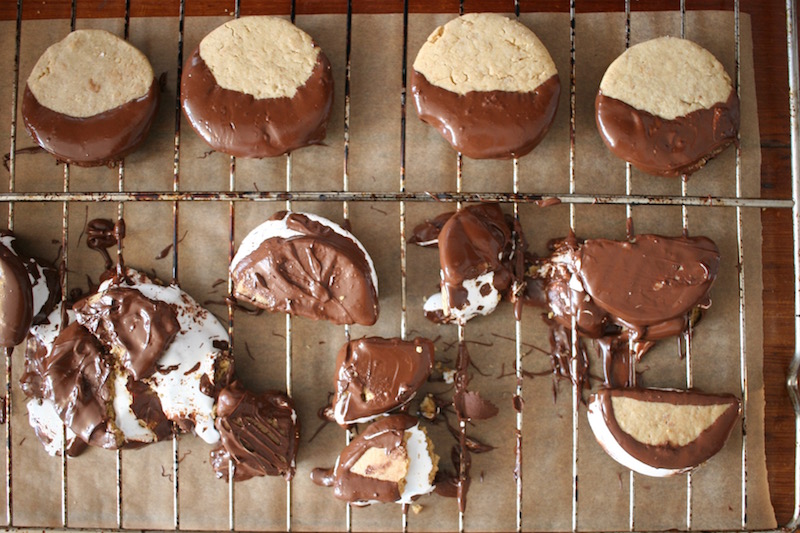 After the moon pies crashed on us, we turned at the very last minute to an icebox cake made with chocolate wafer cookies and whipped cream. I’m so happy we discovered this dessert because it’s incredibly easy to make and the girls ended up making their own with the leftover ingredients–it is really so fun. I put it in the freezer the day before. Frozen it tastes like a cake version of cookies-n-cream ice cream, and it was delightful to share the icy slices in a warm kitchen with our friends. 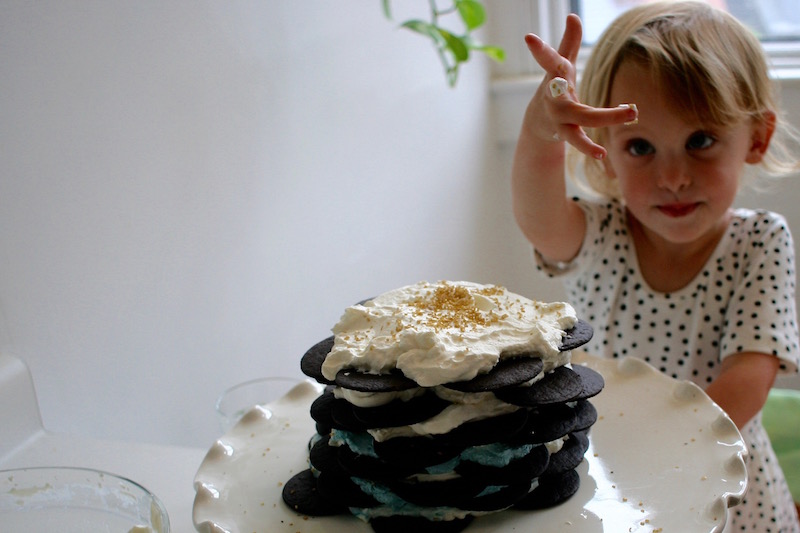 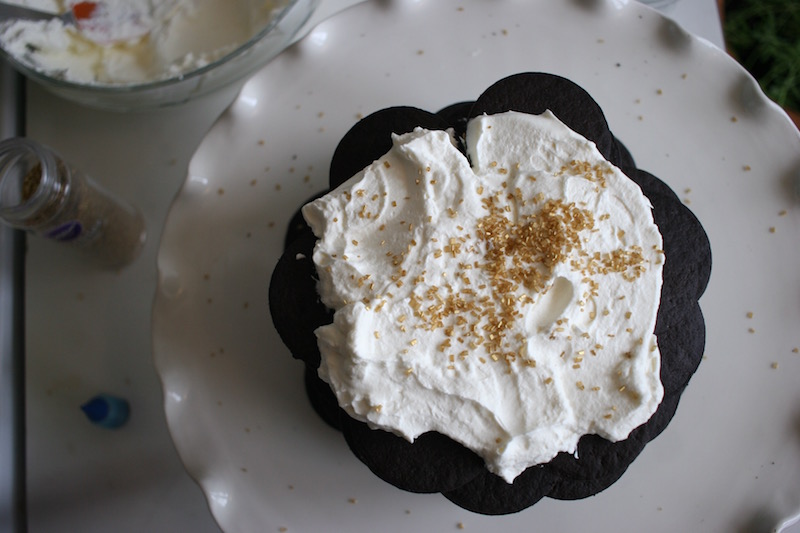 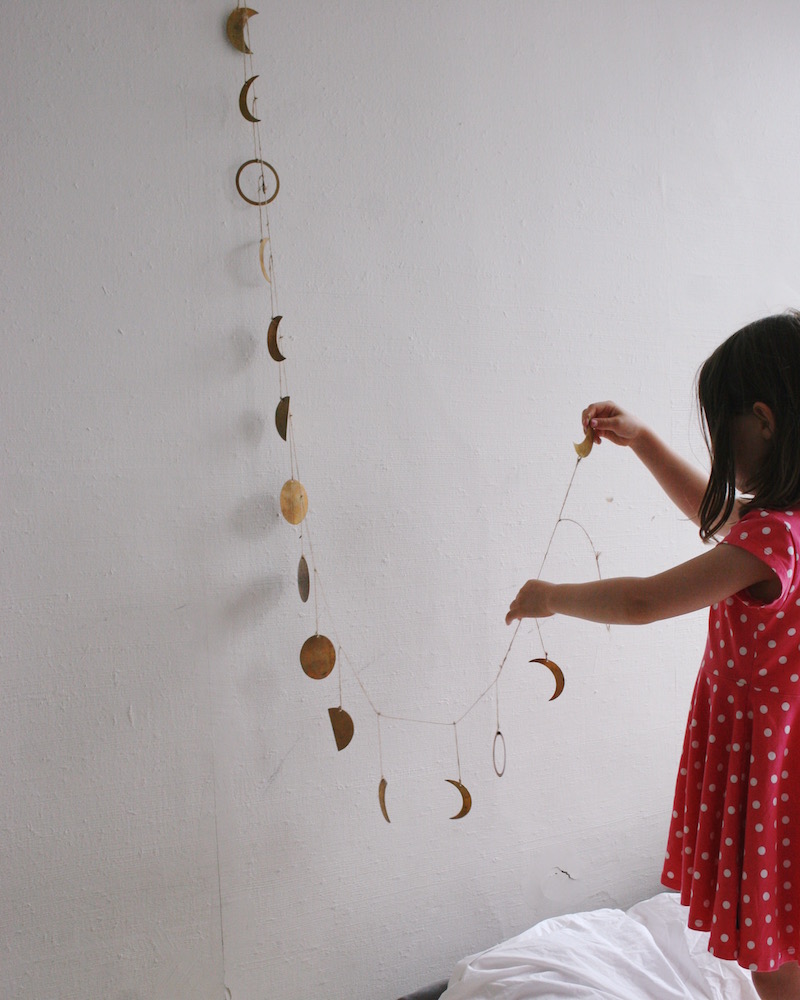 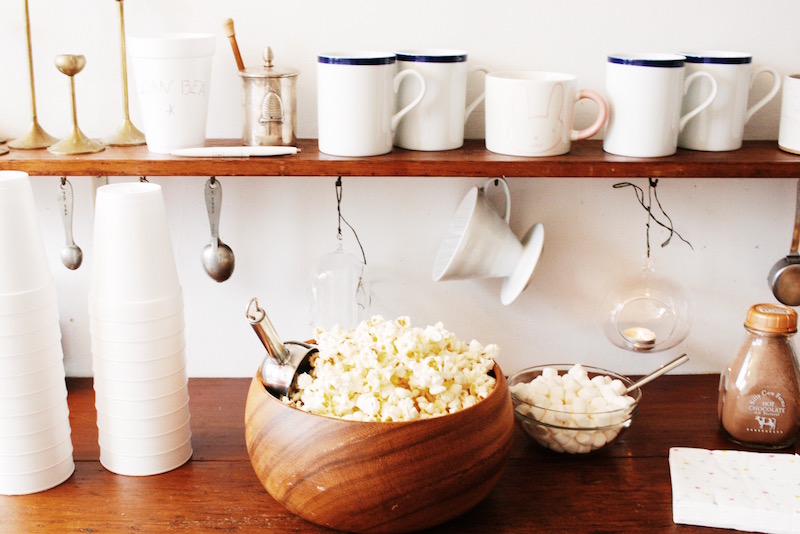 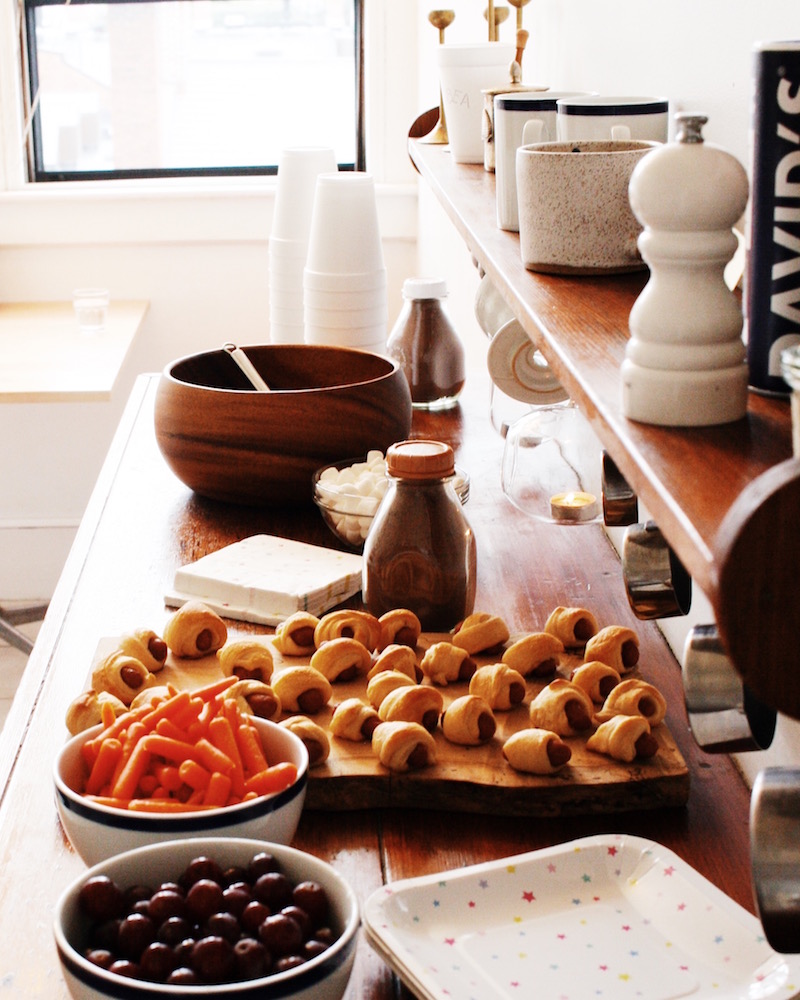 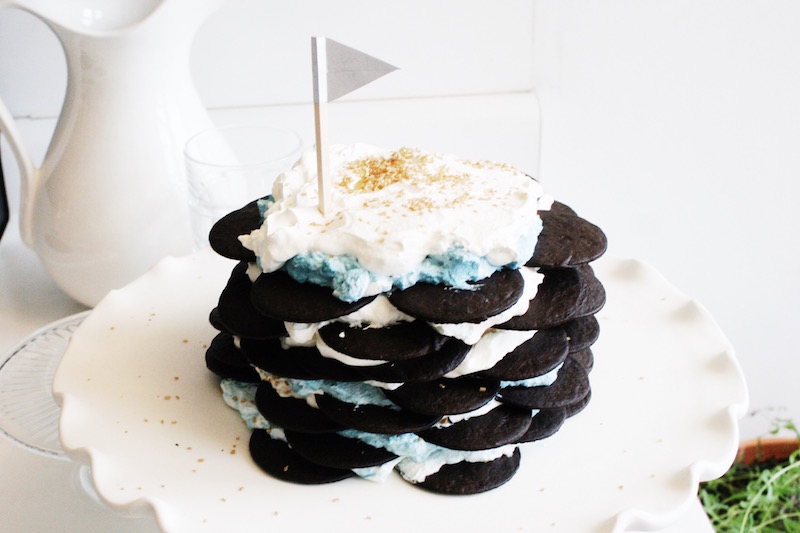 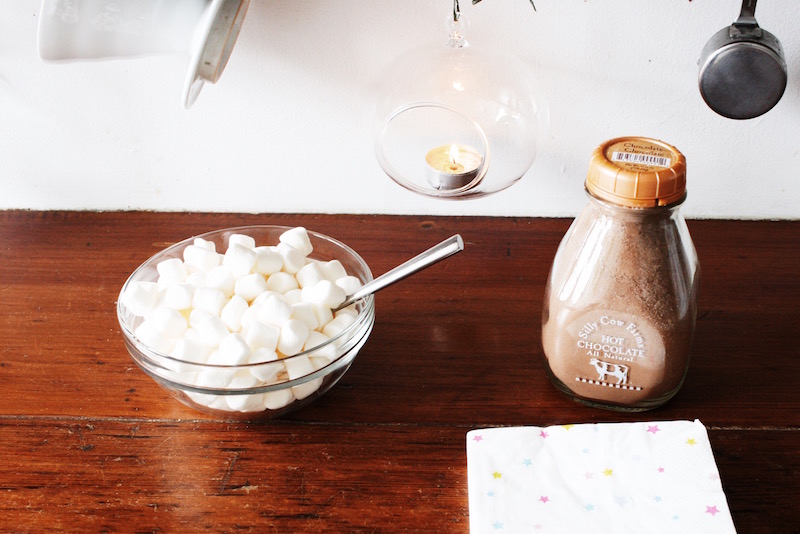 We dimmed the lights, and put little ikea lantern lights in the dark stairwell. Joe helped the kids make a star can, something we use frequently for indoor star shows. Buy a tin coffee canister, empty out the grounds, and use a can opener to cut off the bottom. Cut out the inside of the plastic top, leaving the edge. Cut out circles of paper, punch the holes for the constellation pattern (the big dipper being the easiest of those, looks similar to this) and put the circle of paper under the lid. Then shine a flashlight through to project the constellation on the wall. We’ve also made fun, non-constellation shapes like cat’s faces and bunnies. 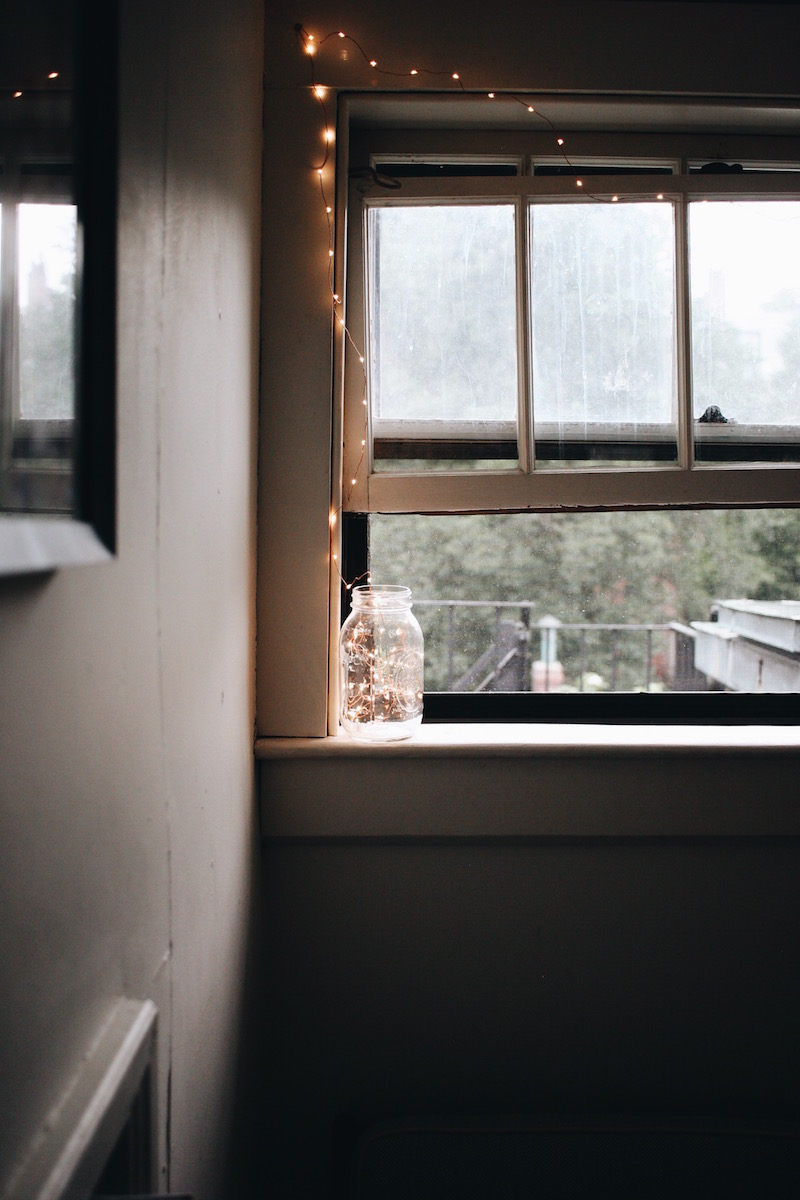 Lux originally fell for the stars peering out of her bedroom window at night, during the very-early-dark winters we have here in Boston. She could see just a few constellations, and it so happened that Lepus, the bunny constellation, was one of them!

I don’t know if it’s something about this age, the amazing brains of five year olds!, but we also attended a friend’s five-year-old Rocket Ship Party, and I’m loving the photos from Hudson’s Astronaut Pool Party. Interestingly, our girls aren’t really interested in the gear/gizmos of space travel, just the planets and stars of space.

Our two favorite books on the stars are H.A. Rey’s The Stars and Find the Constellations. And we’ve saving up for one of these incredible constellation quilts from Haptic Lab.